Up to govt to call winter session: Birla 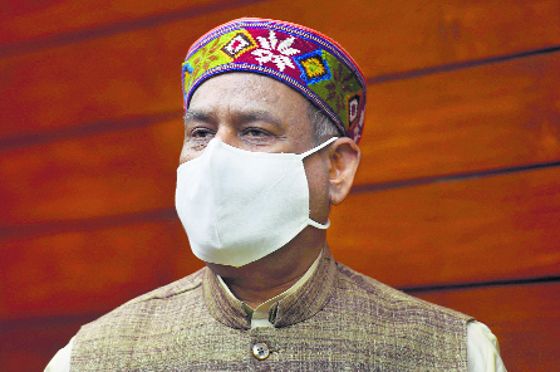 With a focus on discussing complimentary roles played by the three arms of the Constitution — legislature, executive and judiciary — this year’s two-day conference of presiding officers of legislative bodies would begin on November 25, said Lok Sabha Speaker Om Birla, who also noted that calling the winter session of Parliament “is the prerogative of the government”.

Briefing the media about the agenda of the 80th All India Presiding Officers Conference (AIPOC) at Kevadiya, Gujarat, which will be inaugurated by President Ram Nath Kovind in person, Birla, while responding to a question said, “Though the final decision on calling the session rests with the government, as the matter is decided by the Cabinet Committee on Parliamentary affairs (CCPA), the Parliament secretariat always remains ready to hold it.”

Birla said the participants would brainstorm on various issues concerning the functioning of the legislative assemblies, besides on how ideal coordination among legislature, judiciary and executive could strengthen democracy.

Birla’s remarks came amid speculations that the government is mulling not to call the Winter Session of Parliament in the face of the spike in the Covid-19 cases in the national capital. The monsoon session of Parliament had to be adjourned sine die prematurely earlier on account of a number of the MPs testing Covid-19 positive.

While the monsoon session of Parliament was called to meet the norms of the duration between the two sessions not exceeding six months, the government currently has no such compulsions.

The government appears inclined to call the budget session of Parliament in the last week of January.

Meanwhile, Prime Minister Narendra Modi will inaugurate the newly constructed housing accommodations for the MPs on Monday. The multi-storeyed flats have been constructed, replacing the old bungalows, on BD Marg, which is in the vicinity of Parliament. The eight bungalows, constructed 80 years ago, has given space to 76 flats, which have been built with green technology.