No MEA reaction yet, had objected to another US official’s visit in April 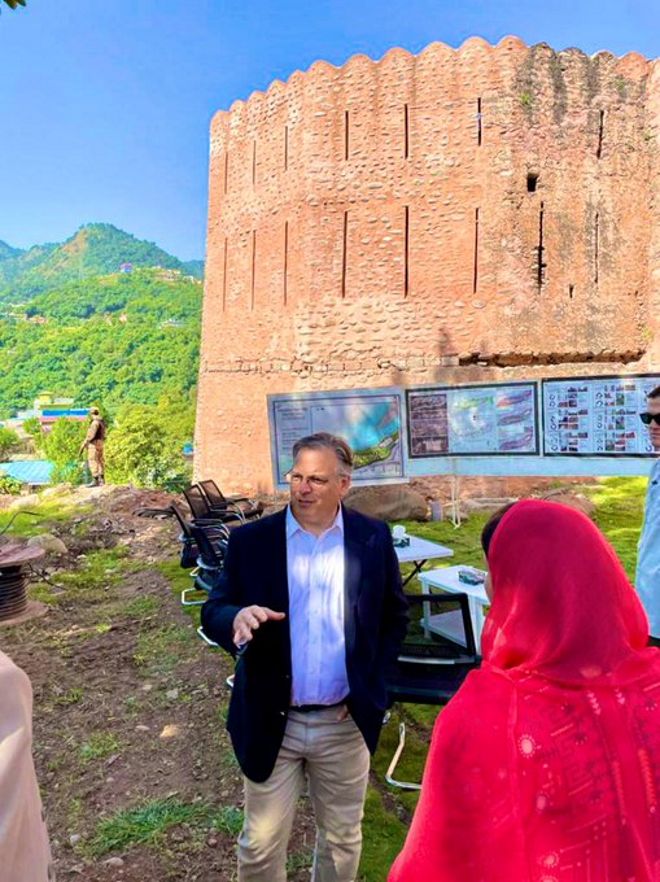 The Foreign Office here has not reacted so far to US ambassador to Pakistan Donald Blome’s visit to Pakistan-occupied Kashmir (PoK) this week with the US embassy in Islamabad highlighting it with a series of tweets over the three days that he was in the disputed region.

In April, the MEA had not taken kindly the PoK visit of US Congresswoman Ilhan Omar, describing her as a practitioner of “narrow-minded politics”. This was the first official US delegation to PoK in three years.

However, the difference is that Omar directly touched on the human rights issue in J&K as well as Article 370. But the US envoy’s visit was aimed at restoring Pakistani heritage and cultural sites as well as highlighting the American aid for the victims of the 2005 earthquake and the recent floods in Pakistan.

This is the second visit by a US official to PoK. Also, Blome throughout mentioned PoK as AJK (Azad Jammu and Kashmir), which is anathema to New Delhi as it holds that the region was forcibly occupied by Pakistan in 1947. Analysts say the US ambassador may also be showing up China, which had taunted Washington last week by stating that “instead of passing unwarranted criticism against China-Pakistan cooperation, the US side might as well do something real and beneficial for the people of Pakistan”.

The PoK visit adds to US-UK’s attempt to mend fences with Pakistan, which had been kept at an arm’s distance by the Trump administration for “not being sincere in combating terrorism.