US for Indian role in Afghan peace process

Blinken suggests UN-convened meeting of foreign ministers from Russia, China, Pakistan, Iran, India and US to discuss a unified approach to supporting peace in Afghanistan 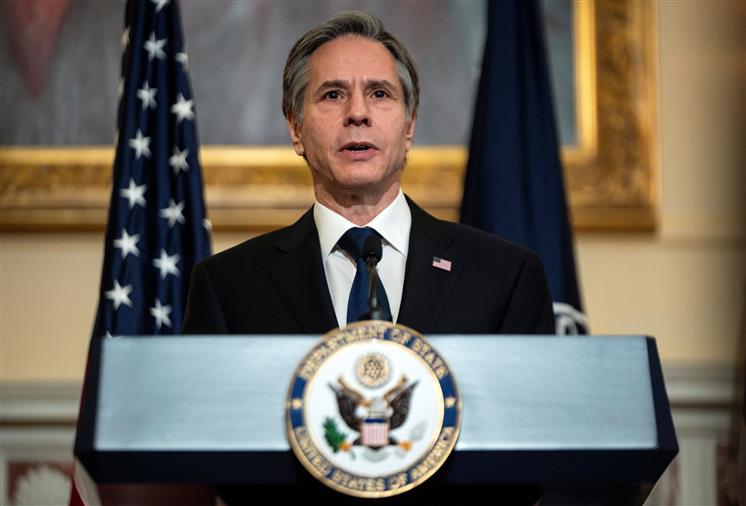 US Secretary of State Tony Blinken has suggested that the involvement of India in a UN-convened conference to discuss a unified approach to supporting peace in Afghanistan, the Afghan media has reported.

Blinken, in a letter to Afghan President Ashraf Ghani and chairman of the High Council for National Reconciliation Abdullah Abdullah, has made several suggestions to accelerate the peace process.

On top of the list is a UN-convened meeting of foreign ministers from Russia, China, Pakistan, Iran, India and the US to discuss a unified approach to supporting peace in Afghanistan. This may not be a closed list because Blinken suggests Turkey could host a senior-level meeting of the Ghani government and the Taliban to finalise a peace agreement.

US envoy for Afghanistan Zalmay Khalilzad would share with Kabul and the Taliban written proposals “aimed at accelerating discussions on a negotiated settlement and ceasefire”.

These proposals basically seek to address the three areas that need to be sorted out between the warring parties—the foundational principles that will guide Afghanistan’s future constitutional and governing arrangements; a roadmap to a new, inclusive government and the terms of a permanent and comprehensive ceasefire.

For the immediate, the US has prepared a revised proposal for a 90-day reduction in violence that would prevent a spring offensive by the Taliban.

On maintaining its armed forces in Afghanistan, Blinken said the US has not ruled out any option. “We are considering the full withdrawal of our forces by May 1st, as we consider other options,” he said.

Calling on Ghani to work with the US, Blinken said even with the continuation of the US financial assistance to Afghan forces after an American withdrawal, the security situation may worsen and that the Taliban could make rapid territorial gains.