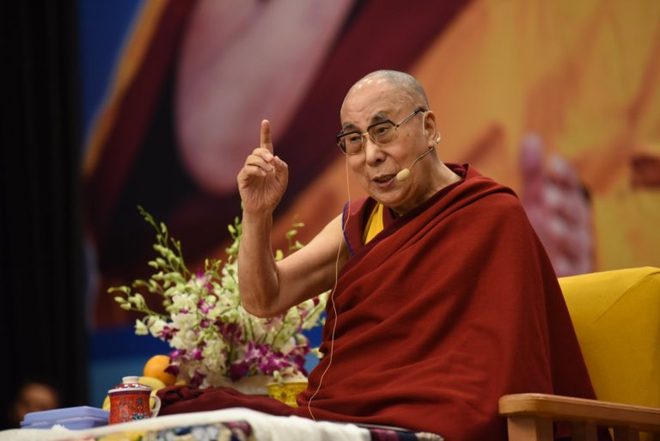 US Special Coordinator for Tibetan issues, Uzra Zeya, is set to visit India next month to hold talks with Dalai Lama and other senior leaders of the Tibetan government in exile in Dharamsala, signalling the Biden administration’s commitment to the Tibetan cause.

It will be the first high-level contact between the US and the Tibetan leadership after Joe Biden became President in January last year.

Zeya, the Under Secretary for Civilian Security, Democracy and Human Rights, is expected to visit Dharamsala in Himachal Pradesh from May 18 to 19 to meet the Tibetan leadership, people familiar with the development said on Friday.

It is learnt that the Zeya’s visit is being finalised in consultation with India. However, it is not clear whether she will meet any Indian official.

The US government is yet to officially announce the visit.

The people cited above said key issues relating to the Tibetan cause are likely to figure in the talks.

As the US Special Coordinator for Tibetan issues, Zeya has been coordinating the Biden administration’s policies, programmes and projects relating to the Tibetan cause.

Zeya was sworn as the Under Secretary for Civilian Security, Democracy, and Human Rights by Secretary of State Antony Blinken on July 14 last year.

On December 20, she was concurrently appointed as the US Special Coordinator for Tibetan issues.

The US has been consistently supporting the Tibetan cause notwithstanding China’s strong objection.

In 2020, the US came out with legislation reaffirming the absolute right of Tibetan people to choose a successor to the Dalai Lama and the preservation of Tibet’s environment.

After the US Congress passed the legislation, China had accused Washington of meddling in its internal affairs.

China has been insisting that the selection of the next Dalai Lama has to be decided within Chinese territory and that it has to have a say in the matter.

The issue of a successor to the 14th Dalai Lama, who has been living in exile in Dharamsala since 1959, gained traction as he turned 86 in July last year.

Blinken had met a representative of the Dalai Lama during his visit to New Delhi last year.

In January, the Chinese embassy in India wrote to several Indian lawmakers after they attended an event hosted by the Tibetan Parliament- in-exile in Delhi. The Chinese embassy, in the letter to the MPs of the All-Party Indian Parliamentary Forum for Tibet, expressed concern over their attendance at the reception and asked them not to provide support to the Tibetan forces.

Days later, India asked the embassy to refrain from such actions and said the substance, tone and tenor of the letter are “inappropriate”.

The Chinese government officials and the Dalai Lama or his representatives have not met in formal negotiations since 2010.

Beijing has in the past accused the Dalai Lama of indulging in “separatist” activities and trying to split Tibet and considers him as a divisive figure.

However, the Tibetan spiritual leader has insisted that he is not seeking independence but “genuine autonomy for all Tibetans living in the three traditional provinces of Tibet” under the “Middle-Way approach”.