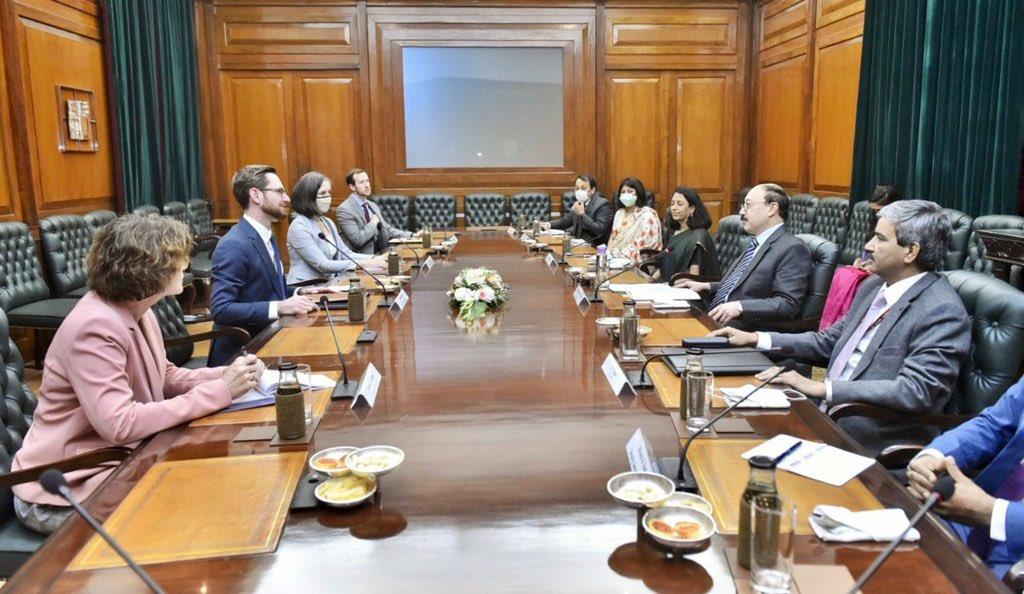 The discussions focussed on the current developments in Afghanistan. The topics included the recently-held Regional Security Dialogue of NSAs on Afghanistan hosted by NSA Doval and the movement of people in and out of Afghanistan. They also discussed coordination of global efforts on humanitarian assistance to Afghanistan, regional security issues, and other bilateral and international issues of mutual interest, said sources here.

West arrived from Moscow where he met Zamir Kabulov, the veteran Russian envoy for Afghanistan. He also met Deputy Secretary of the Russian Security Council Alexander Venediktov. Among the subjects discussed were Taliban’s commitments to the international community. Earlier, the US and Russian envoys had met at the Troika Plus meeting in Islamabad which took place a day after the Regional Security Dialogue of NSAs that was held here on November 10.