US State Department pulls up India for human rights abuses

Report identifies torture, arbitrary arrest and detention, restrictions on freedom of expression and the press 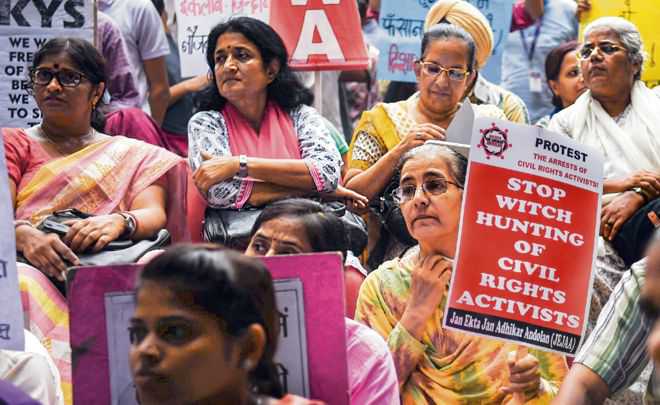 Despite government efforts to address abuses, a lack of accountability for official misconduct persisted at all levels, contributing to widespread impunity, said a US State Department country report on human rights practices in India.

Investigations and prosecutions of individual cases took place, but lax enforcement, a shortage of trained police officers, and an overburdened and under-resourced court system contributed to a low number of convictions, it said.

The report identified the significant human rights issues as unlawful and arbitrary killings; torture, arbitrary arrest and detention; restrictions on freedom of expression and the press, site blocking, excessive curbs on NGOs and widespread corruption.

The State Department’s cyclical March-end report usually pulls up India for several alleged acts of omission on the human rights front. Governments in Delhi, regardless of political colour, have been hostile to overseas bodies judging India’s human rights quotient. For instance, the report quoted the UN Working Group on Enforced or Involuntary Disappearances as listing seven cases. This US body has not been allowed access into India by the UPA and NDA governments since 2010.

But of late the US State Department has been noting the spread of issues such as unjustified arrests, censorship, and restrictions to mainland India.

But the report also noted that separatist insurgents and terrorists in J&K, the Northeast, and Maoist-affected areas committed serious abuses, including killings and torture of armed forces personnel and recruitment and use of child soldiers.

The report noted that the government continued taking steps to restore normalcy in J&K by gradually lifting some security and communications restrictions, releasing most political activists and partially restoring internet access.

The government also began a process to redraw electoral constituencies but did not announce a timeline for local assembly elections.

The US State Department report is based on reports from the media and Indian and international organisations associated with human rights, including the National Human Rights Commission.

On the slow pace of the judicial process, the report noted that formal charges have yet to be filed in the 2018 killing of Rising Kashmir editor in chief Shujaat Bukhari and his two police bodyguards.