US' Tibet envoy arrives in Dharamsala, to meet Dalai Lama 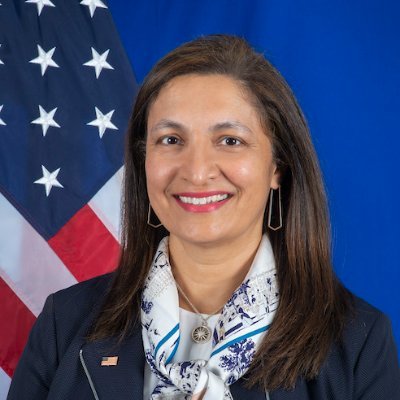 In another step that indicates rolling back of India’s policy of going soft on Tibetan issues in order not to antagonise Beijing, senior US diplomat and US special coordinator for Tibetan issues Uzra Zeya reached Dharamsala today for a meeting with the Dalai Lama tomorrow.

This will be the first meeting between the US special coordinator and the Dalai Lama in India after six years and follows a virtual address by the revered Buddhist monk on Buddha Purnima.

Zeya was given a rousing welcome when she arrived at the Secretariat of the Central Tibetan Administration (CTA) in Dharamsala. “A high-level visitation from the US such as this signifies the latter’s momentous support for Tibetan issues,” said a CTA statement. The special coordinator’s visit comes shortly after the visit to Washington last month by Sikyong (President) Penpa Tsering of the CTA.

Hours after the news of the meeting went viral, Chinese Foreign Ministry spokesman Zhao Lijian had said, “The Tibetan government-in-exile is a separatist political organisation with the agenda of pursuing Tibetan independence.”