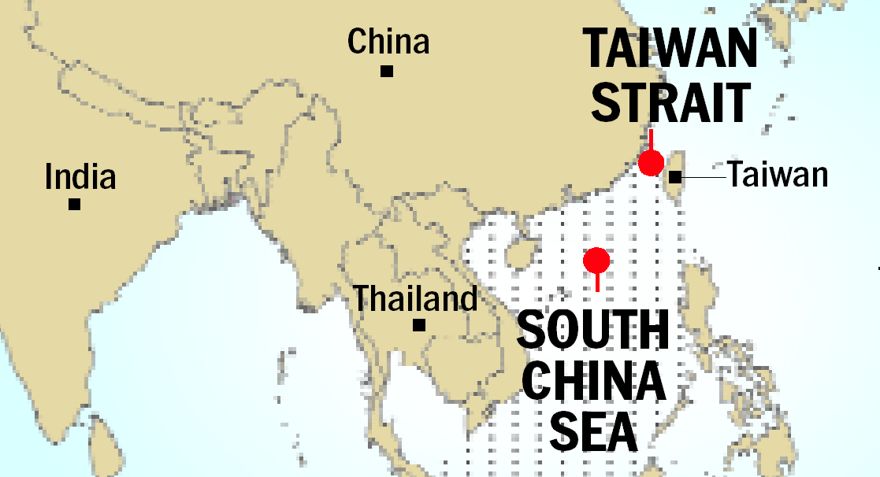 Signalling a sharper security focus against China, the leaders of Australia, the UK and the US jointly announced an alliance on transferring advanced technologies, including that of nuclear-powered submarines.

The partnership, called AUKUS, was about updating the existing alliances “to better meet the threats of today and tomorrow,” said US President Joe Biden at a virtual joint address with Australian and British PMs Scott Morrison and Boris Johnson.

Australia’s building of a fleet of nuclear-powered submarines will occupy the centre stage but AUKUS will also share the know-how in artificial intelligence, cyber, quantum, underwater systems and long-range strike capabilities, including ballistic missiles.

France reacted with dismay to the announcement as it meant cancellation of talks for a $90 billion submarine contract with Australia. New Zealand, in keeping with its long-held policy, announced it would not allow nuclear-powered submarines to enter its waters. China, which will be at the receiving end of these endeavours, asked the trio to “shake off their Cold War mentality.” The announcement comes a day before the European Union (EU) published its Indo-Pacific strategy.

The US, UK and Australia comprise a closely knit intelligence-sharing group that also includes New Zealand and Canada. The IAEA said it was engaging with these countries in the coming months on installing adequate safeguards. It is presumed that Australian Defence and Foreign Ministers may have hinted about the impending move during a recent meeting followed by phone calls with their Indian counterparts. The other two members of the Quad are Japan and India. Japan has Constitutional constraints while India has a partnership with Russia.

“Quad stands on its own,” emphasised MEA spokesperson Arindam Bagchi. The trilateral is “part of a larger constellation of steps, including stronger bilateral partnerships with our traditional security partners in Asia – Japan, South Korea, Thailand, the Philippines – and also stronger engagements with new partners like India, Vietnam and new formations like the Quad,” a US official said.