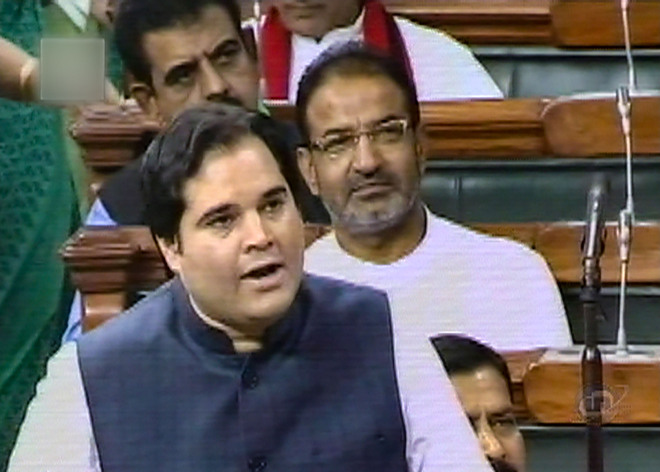 On a day the agitating farmers gathered in large numbers for a ‘kisan mahapanchayat’ in Muzaffarnagar in poll-bound Uttar Pradesh for their show of strength against the ruling BJP, they also found support from some unexpected quarters.

Describing those protesting against the three farm laws as “our own flesh and blood”, BJP’s Pilibhit MP Varun Gandhi urged the government to “re-engage” with them.

“Lakhs of farmers have gathered in protest today, in Muzaffarnagar. They are our own flesh and blood. We need to start re-engaging with them in a respectful manner: Understand their pain, their point of view and work with them in reaching common ground,” he tweeted.

His remarks drew support from RLD leader Jayant Chaudhary, who said “Appreciate what Varun is saying but look at what BJP MLA from Khurja is commenting. Though deeper tests required, at the very least, Vijendra should get his eyesight tested. Or he could visit some villages in his constituency and repeat this absurd statement.”

The RLD leader was refereeing to a BJP MLA tweet questioning the nationalist credentials of the protesting farmers. He deleted the tweet later.

Thousands of farmers attended the mahapanchayat organised by the Samyukt Kisan Morcha (SKM).