Vehicles in Priyanka's cavalcade involved in UP accident 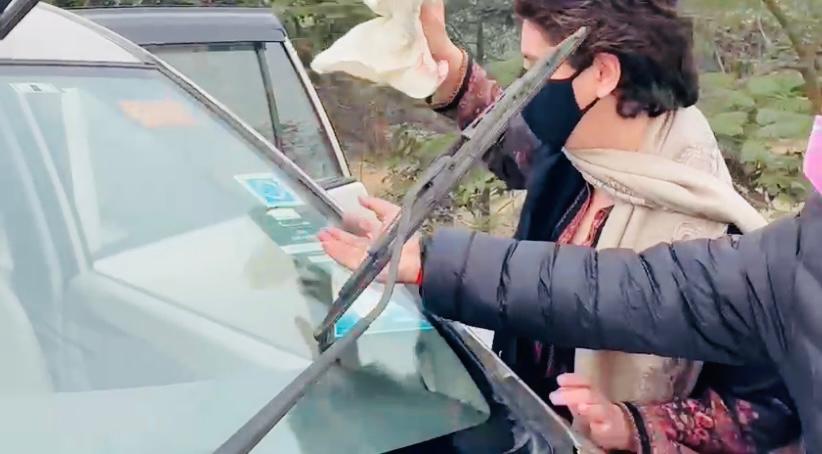 Several vehicles in the cavalcade of Congress General Secretary Priyanka Gandhi Vadra were involved in an accident on Thursday near Garh Mukteshwar while she was on way to meet the family of a young farmer killed in Delhi on January 26.

According to Congress leaders, four cars bumped into each other on National Highway-9 in Hapur district while the convoy was moving towards Rampur, though no one was injured.

They were going to meet the kin of Navneet Singh -- a resident of Dibdiba village in Vilaspur tehsil -- who died in an accident during the tractor parade on the Republic Day near the ITO in central Delhi.

"Vehicles trailing Priyanka's car bumped into each other due to sudden application of brakes by one of them. However, Priyanka's car was not involved. After asking about the well-being of those involved in the accident, Priyanka left for Rampur," Ajay Kumar said.

The post-cremation rituals (teharvin) of Navneet Singh, 24, is set to turn into a major show of political strength in Rampur on Thursday.

Samajwadi Party leader and Leader of Opposition in UP Assembly, Ram Govind Chaudhary, accompanied by other SP leaders was also slated to reach Rampur.