Very few buyers and sellers in animal markets ahead of Bakrid 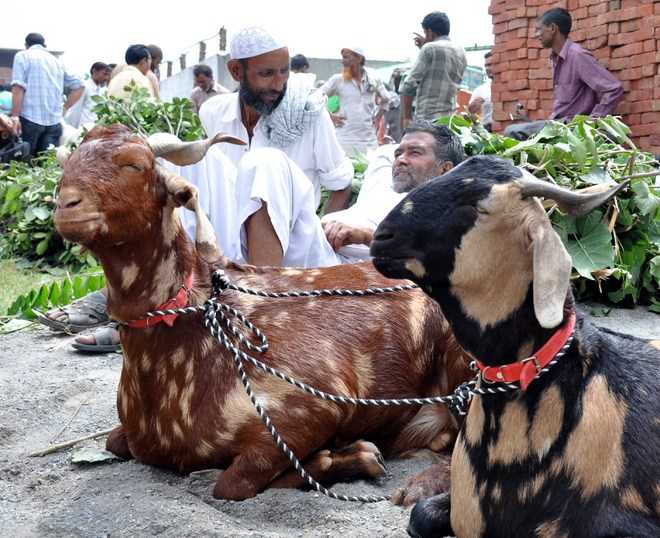 The animal markets, which are usually bustling with activity ahead of Bakrid, are desolate this year.

The COVID-19 pandemic has shorn all festivals of public celebrations, and people are apprehensive that the tradition of animal sacrifice may be affected due to social distancing norms.

Also there is a massive drop in demand for sacrificial animals due to the financial impact of the crisis.

Chairman of All India Jamiat-ul-Quresh Sirajuddin Qureshi urged the government to come out with guidelines for carrying out the celebrations in the traditional way.

The festival will fall on July 31 or August 1. Buyers and sellers start thronging the animal markets almost two weeks ahead of the festival. But this year only a negligible number of buyers have turned up in animal markets in old Lucknow areas including Nakkhas, according to traders.

“It is very difficult to say as to what the government is thinking. ‘Qurbani’ is a matter of faith for the Muslims. We appeal to the government to deliberate and find a solution. This is a national problem, and our office bearers are speaking to different state governments,” Qureshi said.

In the absence of guidelines, not many madrassas are buying animals for sacrifice, he said.

“The madrasas where collective ‘qurbani’ is done, are also not coming forward. In Bakrid, along with goats, buffaloes are also sacrificed. The government should ensure that people who are transporting the animals are not harassed by the police,” Qureshi said.

“I have recently met Chief Minister Yogi Adityanath requesting him to issue guidelines for Bakrid. I am hopeful that the guidelines will be soon released,” he said.

Rahat Ali, a goat trader from Rajasthan said, thousands of people will be affected due to the reduced demand for animals.

“The traders buy the animals from the farmers. These are then sent to various states like Maharashtra, Gujarat and Uttar Pradesh. In the absence of demand, I did not purchase animals this year,” he said.

Sajid, who supplies goats to various districts in western Uttar Pradesh, said the lockdown has affected the livelihood of people and not many have the money to buy animals for sacrifice.

“The lockdown has drained the people of their money. As a result, the animals are not getting sold,” he said.

The Maharashtra Government has come out with guidelines for Eid al-Adha, also known as Bakrid or Id-ul-Zuha, noting that there is a ban in place on all religious programmes and people should offer “namaz” in their homes and not in mosques.

It also said sacrificial animals should be bought online or over the phone as markets dealing with them will be closed, adding that “qurbani” should preferably be symbolic.

There will be no relaxation in restrictions for Eid in containment zones, and people are directed not to congregate in public places on the day of the festival, it added. PTI