The election will be held on August 6 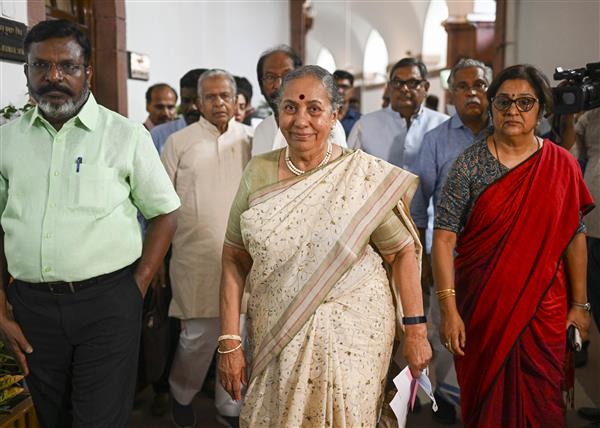 Assam Chief Minister Himanta Sarma on Sunday said Opposition vice presidential candidate Margaret Alva had phoned him and he “politely told her that he is not a member of the electoral college and hence had no role in the matter”.

Alva tweeted back saying she knew who was part of the electoral college.

"As part of my campaign for VP, I’m reaching out to leaders from across political parties. Mr Sarma is an old friend and we’ve worked together long enough for him to know that after 30 yrs in Parliament, I know what constitutes the electoral college. We had a nice chat though!" she said.

The conversations were very cordial and friendly given her long political career & associations, Ramesh said.