Incident in Medak district; the child has since been rescued 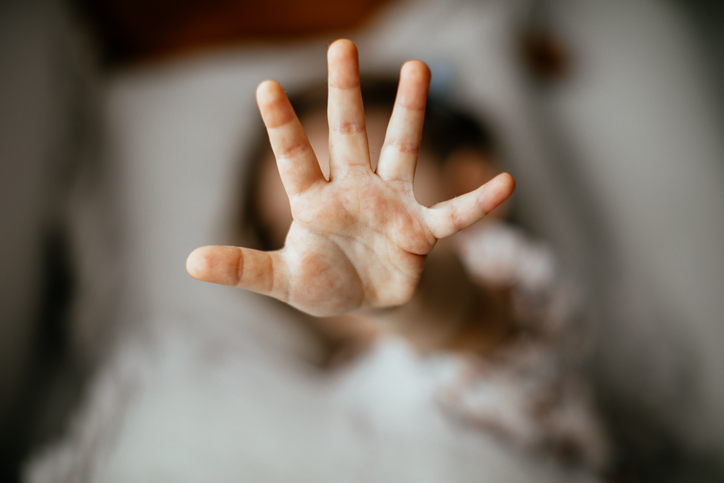 A brutal incident of a three-year-old girl being thrashed by her father has gone viral, pressing the Department of Women Development and Child Welfare, Telangana, into action. The video circulated on social media shows the girl’s mother smiling while the father hits the girl repeatedly.

The father was allegedly beating up the child to make his second wife—who’s not the biological mother of the child—happy.

The department officials have since rescued the girl child from Medak town. After the state officials’ intervention, the local police have booked the father, who has meanwhile absconded.

In a tweet, the Department of Women Development and Child Welfare said, “The team had rescued the child on Monday and shifted to a safe space. The child will be produced before the Child Welfare Committee for further orders. We’ll ensure the child’s safety and appropriate action is taken against the father”.

The video was reportedly taken by a neighbour who previously tried to prevent the father from beating the child but was asked to mind his own business. The police, after talking to locals, have identified the father as Madisetty Nagaraju (32) and his wife as Sunayana, who watched her daughter being beaten.

The reason for the beastly act is still unknown, but sources said that the man repeatedly resorted to the child's beating to please his second wife.

It is being told that Nagaraju, who was working as a tractor driver in Medak Municipality, left his first wife and got married again. But he took custody of his daughter from his first wife. This has irked the stepmother, who then encouraged Nagaraju to hit her and even asked him to get rid of the child.

The Department of Women Development and Child Welfare, Telangana, is considering handing the child’s custody to her biological mother and is currently exploring its options.