Vikrant sets out for 2nd phase of sea trials 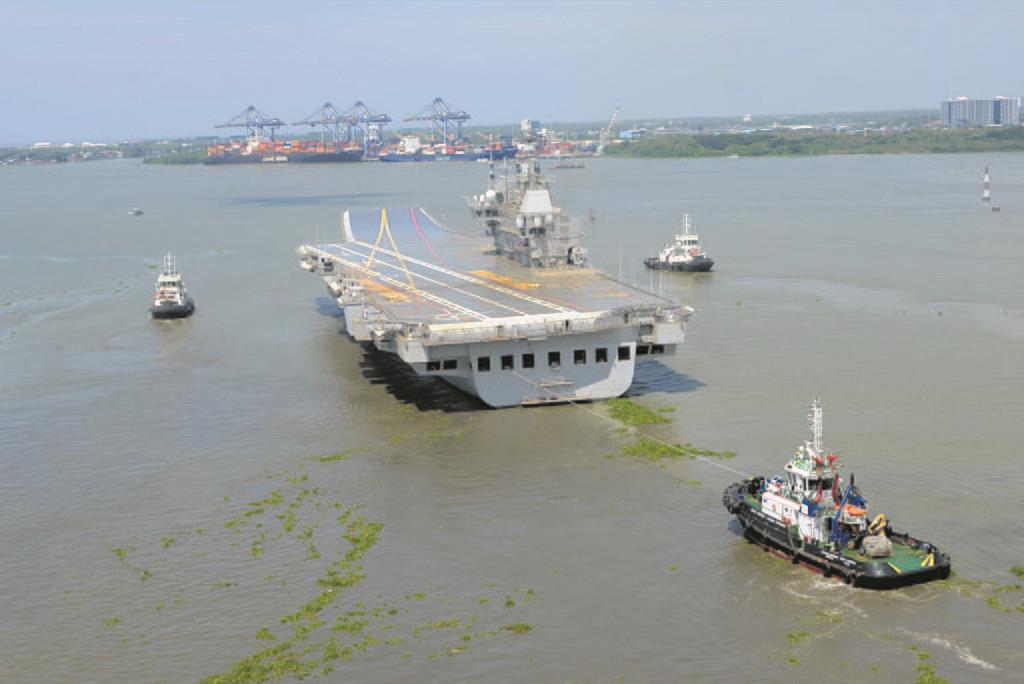 Indigenous aircraft carrier Vikrant sails out for the second sea trials from Kochi on Sunday.

The indigenously made aircraft carrier Vikrant on Sunday set out for its second set of trials, ahead of its induction into the Navy by August.

Following the first sea trials, the Navy had said the performance of key systems of the warship was found to be satisfactory.

The sea trials are happening against the backdrop of India-China race to expand their naval strength. China has two operational and as many under-construction aircraft carriers. India has only one — INS Vikramaditya.

44,000 tonnes indigenous aircraft carrier is being made at the state-owned shipyard at Kochi, Kerala

The Delhi CM says ‘people are shocked’ to see the seizure of...