Wales gets new riverside site for scattering of ashes by British Hindus, Sikhs : The Tribune India

Wales gets new riverside site for scattering of ashes by British Hindus, Sikhs

Antim Sanskar Group Wales, formed in December 2016, dedicated its efforts to a fundraising drive since the Llandaff Rowing Club in the Welsh capital of Cardiff got the go-ahead and over the weekend marked its formal opening 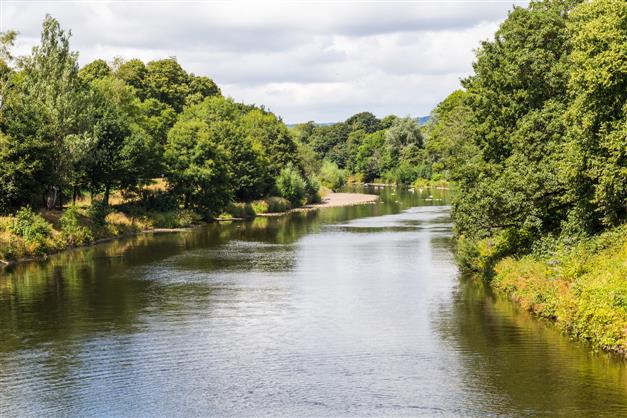 A newly-approved site where Britain’s Hindu and Sikh communities can scatter the ashes of their near and dear ones after funeral rites have become operational by the River Taff in Wales after many years of the campaign.

The Antim Sanskar Group Wales (ASGW), formed in December 2016, dedicated its efforts to a fundraising drive since the Llandaff Rowing Club in the Welsh capital of Cardiff got the go-ahead and over the weekend marked its formal opening.

“Cardiff Council funded the construction and the Llandaff Rowing Club and members of the Hindu and Sikh communities of South Wales contributed financially to meet the final costs,” said Vimla Patel, Chair of the ASGW.

“After many years of hard work we will, at last, have an established and sanctified area where families can come and disperse the funeral ashes of their loved ones,” she said.

The issue of the lack of a dedicated site was first brought to the attention of Cardiff Council by Jaswant Singh, County Councillor in 1999. In 2013, the search for a suitable location was given a new impetus by Channi Kaler of the ASGW, who contacted many Hindu and Sikh institutions to find a resolution.

“There are more than three generations of Hindus and Sikhs settled in Wales. The first generation of our community tended to take the ashes back to their motherland. However, the later generations, either born or have lived most of their lives here, prefer to scatter the ashes of their loved ones in Wales, with respect and dignity,” explained Patel.

“It has taken some time to get the platform in place due to engineering issues, as well as problems caused by the pandemic, but we now have a permanent and managed location that will be used by the current and future generations of the Sikh and Hindu communities,” a Cardiff Council spokesperson said.

The new site is now expected to be accessed by British Hindus and Sikhs from across the United Kingdom, with ASGW already aware of such enquiries from different parts of the country.

The Hindu Forum of Britain (HFB), an umbrella group for British Hindus, has worked on this issue over the years.

“As a part of the ‘Cremation and Crematoria’ in liaison with the UK government and the Hindu community, the Hindu Forum of Britain has campaigned to improve such facilities and had a few new sites registered with the Environmental Agency for dispersion of ashes,” said HFB President Trupti Patel.

The group is now working on compiling a register of all such approved sites around the UK for easier access to community groups. PTI