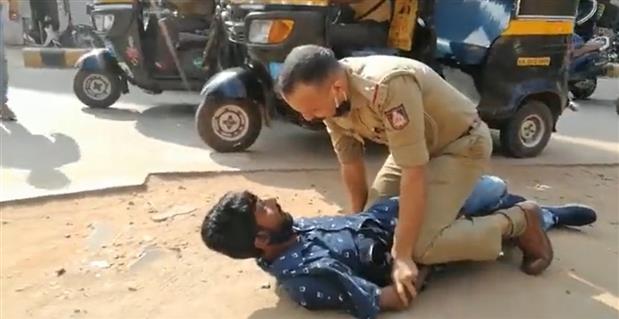 People on the streets of Mangaluru were excited witnesses to a Bollywood-style police chase in real life.

Assistant Reserve Sub-Inspector (ARSI) Varun Alva chased Harish Poojary, a 32-year-old-man from Neermarga, through the lanes and bylanes of this coastal Karnataka city for having stolen a mobile.

A video of the incident is now viral. Police had seen three men stealing the phone of a daily wage from Rajasthan.

Police have two people, 20-year-old Shamanth from Attavar and Harish Poojary, in custody. The third suspect, identified as Rajesh, escaped.

#Karnataka #WATCH #Mangaluru Assistant Police Sub-Inspector Varun chase and nab a robber who had snatched away mobile phone from a man who was resting. @IndianExpress @DarshanDevaiahB pic.twitter.com/SbXlFTcMJM