Maanayata Dutt thanked people for their well wishes for her husband's speedy recovery. 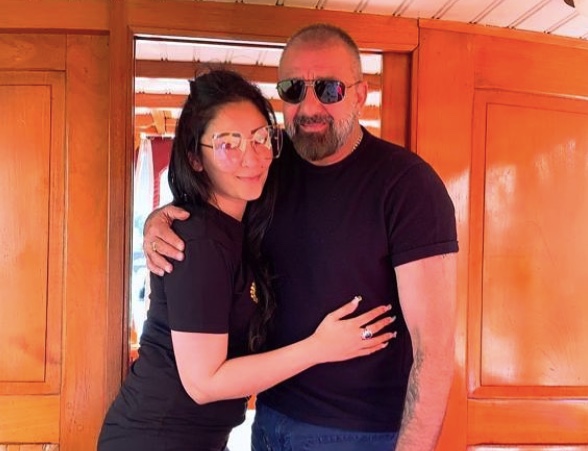 A day after actor Sanjay Dutt announced a break from films for medical treatment, his wife, producer Maanayata Dutt said the Bollywood star is a "fighter" who has always emerged winner amid adverse conditions while urging fans to not fall prey to speculations.

The 61-year-old actor was admitted to Lilavati Hospital over the weekend after complaining of breathlessness.

He was discharged from the medical facility on August 10 and put a statement on Tuesday announcing he would be taking a "short break" from professional commitments to focus on medical treatment.

Sanjay Dutt also requested well-wishers to not speculate about his health amid rumours that he has been diagnosed with lung cancer.

In a statement to PTI on Wednesday, Maanayata Dutt thanked people for their well wishes for her husband's speedy recovery.

"We need all the strength and prayers to overcome this phase. There is a lot that the family has gone through in the past years but I am confident, this too shall pass," she said.

The producer, however, appealed to the people to refrain from speculations.

"However, it is my heartfelt request to Sanju's fans to not fall prey to speculations and unwarranted rumours,  but to just help us with their ongoing love, warmth and support.

"Sanju has always been a fighter, and so has our family. God has yet again chosen to test us to overcome the challenges ahead," she said.

"All we seek is your prayers and blessings, and we know we will emerge as winners on the other side, as we always have. Let us use this opportunity to spread light and positivity," Maanayata added.

Sanjay Dutt is the eldest child of late Bollywood stars Nargis and Sunil Dutt. He has two sisters -- Priya Dutt and Namrata Dutt.

He has two children, a son and a daughter, with Maanayata Dutt. He also has a daughter Trishala Dutt from his first marriage to Richa Sharma. She died of a brain tumour in 1996.

"This is all speculation, the reports have not come out yet. It is not confirmed whether it is there or not. At the moment, there is no confirmation about his illness and details about it. He has got his tests done.

"I request everyone to exercise constraint... He has been a fighter and always will be. He has been interacting with his fans and well wishers both before going to hospital and after getting discharged. We should wait for his statement rather than speculating and wish him all the best," Mittra told PTI when contacted.

On the work front, Sanjay Dutt has three films up for release on digital platforms. While "Sadak 2" and "Bhuj: The Pride of India", will premiere on Disney+Hotstar, action-thriller "Torbaaz" will stream on Netflix.

He will also star in the second instalment of "KGF" and "Shamshera", alongside Ranbir Kapoor.

12 hours ago
7
Nation ADDRESS TO THE NATION

Even if Covid infection occurs after first and second dose o...