Webley & Scott to launch ‘Made in India’ revolvers 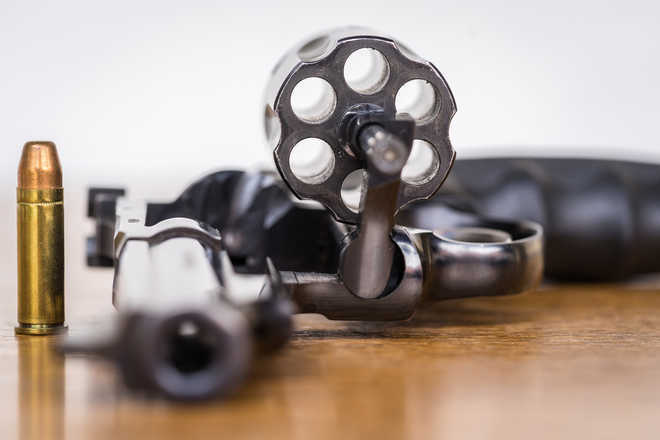 The home-grown revolver of Webley and Scott, the renowned British firearms company, is being manufactured in Hardoi town of Uttar Pradesh under Prime Minister Narendra Modi’s ‘Make in India’ initiative.

The firearm is likely to be launched by Chief Minister Yogi Adityanath next month, following which it will reach the market, Sial Manufacturers director Surendra Pal Singh said on Thursday.

Singh, however, stressed that time had not yet been allotted by the chief minister’s office for it and efforts were being made to schedule its launching next month.

The British firm had entered into an understanding with Lucknow-based Sial Manufacturers to manufacture firearms.

According to Singh, the unit in Sandila, around 55 km west of Lucknow, is the first of Webley and Scott in the country.

The preparations are on for the launching of the firearm and one revolver each has been placed in the gun house of the Sial group in Lucknow and Kanpur in view of people’s curiosity to see it, Singh said, stressing that the displayed ones were not for sale.

The Ordnance Factory Kanpur has checked the revolver and preparations are on for setting up a firing range in the Sandila unit for the next testing, Singh said.

Webley and Scott is an arms manufacturer founded in Birmingham, England. Webley produced handguns and long guns from 1834-1979 when the company ceased to manufacture firearms and instead turned its attention to producing air pistols and air rifles.

In 2010, Webley and Scott restarted the production of shotguns for commercial sale.

Webley is famous for the revolvers and automatic pistols it supplied to the British Empire’s military, particularly the British Army, from 1887 through both World War I and World War II.

Singh said an understanding has been reached with 15 gun houses in different states of the country till now for selling the revolver. The company will not sell directly but through gun houses, he said.

“Revolvers, pistols, airguns will be made in this unit. Keeping in mind the vast market potential, the decision to set up this unit had been taken,” Singh had earlier said, adding that the project had been completed with the help of the Centre and the state government.

“We had applied for the licence in 2017 and got it in March 2019 under which we can make revolvers, pistols and ammunition,” he had said.

Singh added that they would also make goods for the defence and paramilitary forces later.

While Sial has a stake of 51 per cent, the British firm has 49 per cent and this unit has been completed in a year’s time.

Since there is demand for revolvers, the unit will be manufacturing it initially. Its cost would be Rs 1.55 lakh. Other products will be brought in the market later, he had said. — PTI