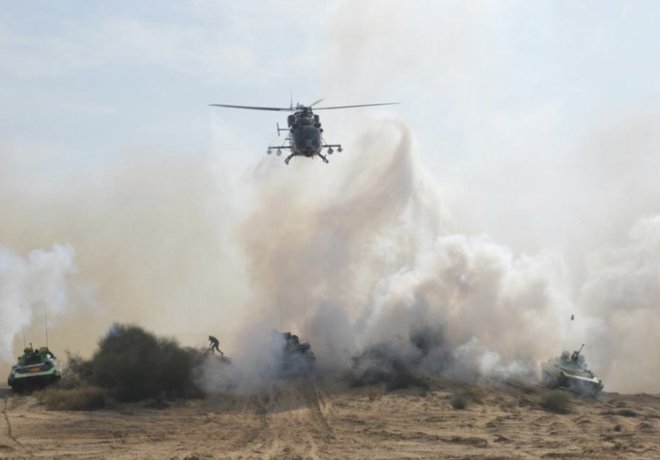 Amidst a volatile security atmosphere in the subcontinent, the Army’s Western Command conducted an integrated training exercise involving all arms to fine tune its battle drills in line with its operational role along the western front.

Various units of the Ambala-based Kharga Corps, the Army’s most potent strike formation, carried out the field drill over the past few days as part of its winter training cycle. The exercise took place even as a large number of troops, including armoured, artillery and engineer elements, continue to maintain eyeball to eyeball confrontation with the Chinese along the Line of Actual Control in the northern sector in a stand-off that has been continuing for the past about nine months. Some units from the western theatre were also moved up to eastern Ladakh.

The exercise is aimed at validating evolving military concepts and offensive manoeuvres meant to inflict a swift punitive blow to the adversary while operating in a networked and informationalised domain. Tactical air support, heli-borne operations and sub-conventional warfare also feature in such exercise.