Procurement from Punjab projected at 130 LMT, Madhya Pradesh leads the chart with 135 LMT 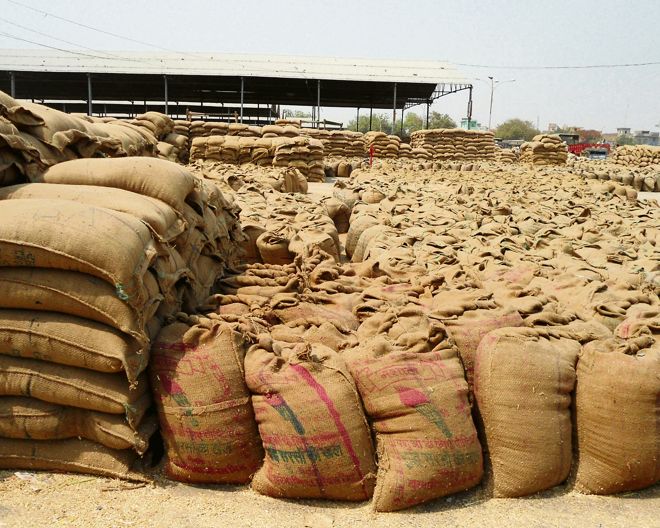 Estimated at 427.363 Lakh Metric Tonnes, wheat procurement for the Rabi Marketing Season (RMS) 2021-22 is expected to be 9.56 per cent more than the previous RMS, the government said here on Tuesday.

Among the 12 producing states, the procurement from Punjab is expected to be 130 LMT, Haryana 80 LMT, Uttar Pradesh 55 LMT and Rajasthan 22 LMT – the states where farmers are agitating against the three Central farm laws.

The leader of the chart with 135 LMT is Madhya Pradesh, which led the group last year too with maximum procurement in the season.

Meanwhile, according to the Ministry of Consumer Affairs, Food and Public Distribution, the procurement of rice is estimated at 119.72 LMT for the current Kharif Marketing Season 2020-21, which is 24.43 per cent more than the 96.21 LMT procured during the KMS 2019-20.

The information was shared at a meeting of state Food Secretaries to discuss the arrangements for procurement of wheat during the ensuing RMS 2021-22 and rice during the KMS 2020-21.

Similarly, a total quantity of 119.72 LMT rice has been estimated for procurement during the forthcoming rabi crop of current KMS 2020-21, which is 24.43 per cent more than the 96.21 LMT procurement of rice  during KMS  2019-20, read the official statement.

Union Minister Piyush Goyal said time had come for the Central Warehousing Corporation to increase the current capacity of 130 LMT by manifold at the earliest to meet challenges of a growing farm sector and ensuring holistic storage solutions for the farmers.

Goyal was speaking at the Foundation Day of the Central Warehousing Corporation.