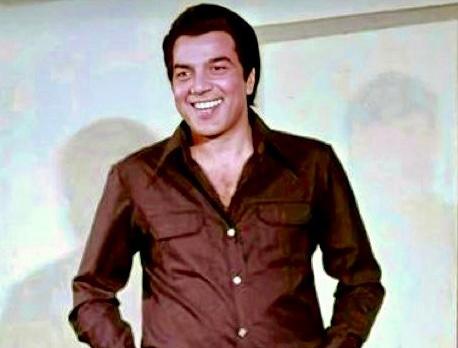 In another tweet, he added, “Dharam, your belief, your faith in yourself has changed your life. Be yourself.”

In response, when a user commented, “Aap pagal to nahi ho gye na? (Have you gone mad?)”

This did not let the actor lose his cool and he reacted in the humblest possible manner.

Earlier also, a person had told the actor to sleep on time when he tweeted a clip from his song “Main Nigahen Tere Chehre Se” from Aap Ki Parchhaiyan late at night. The actor shared details about the song which was written by Raja Mehndi Ali Khan and composed by Madan Mohan. He said it was badly edited, as “being a new comer, I tried to justify.” A follower taunted him that it isn’t good for his health to stay awake this late in the night. Dharmendra tweeted him back, “Neend ke bhi….apne hi nakhare hote hain. Akshay, kabhi kabhi bardasht karne padte hai….. ab so jaoonga (Sleep has its own tantrums which we need to suffer at times. I’ll sleep now.)”