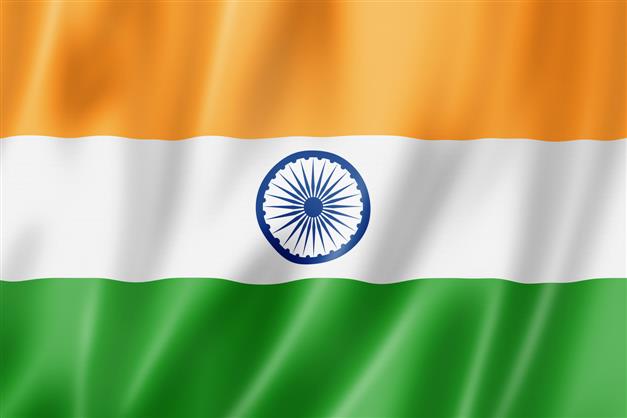 At a time when the country is marking the ‘Har Ghar Tiranga’ campaign, history shows that India’s first Prime Minister Jawaharlal Nehru had vehemently defended the design of the National flag in the face of questions and criticism.

Portions from the “Selected Works of Jawaharlal Nehru” reveal that the former prime minister described the National Flag as a symbol of both the permanence of Indian culture and the dynamic quality of India and hoped it would be directed towards the betterment and liberation of the masses.

Responding to questions about the design of the National Flag raised in sections of the media at the time, Nehru wrote, “I am afraid I am unconvinced by any of the criticisms made of the design and I think that the Flag as adopted successfully represents both artistically and symbolically what it is meant to represent.”

Nehru said the Flag is above all a symbol. “This Flag of ours with the three colours and with the Charkha has been a symbol to us, for many years, of freedom and unity as well as the labouring masses of India. It would have been quite impossible for us to vary the Flag essentially without doing violence to that sentiment and the symbolism that has grown around it. The Charkha added a certain beauty of conception to the Flag. Because the full Charkha is not there now it must not be imagined that we have given up the Charkha or what it meant,” he wrote to a newspaper editor at the time.

The former prime minister said that in the resolution of the Constituent Assembly, it was stated clearly that the wheel in the centre of the Tricolour represented the Charkha.

“This symbolic representation of the charkha retains in its entirety the concept behind the Charkha and is in fact a continuation of that idea in a somewhat more feasible and artistic form which is more suited to the Flag. The suggestion that the wheel should have been bigger and should have covered part of the saffron and green strips shows a lack of appreciation of the art history of the entire design,” the first prime minister had said.

“The Flag, he insisted, “as adopted fulfilled all the requirements that we demanded from it, it was beautiful and artistic, essentially the Flag of Indian struggle for freedom and its triumph.”

Nehru also said that the Charkha was not casually chosen but was taken from the wheel of Asoka’s capital.

“That wheel of course was no invention of Asoka, it was older than him. But the fact that it was connected with Asoka and is to be seen on his columns was an additional incentive for us to adopt that particular form,” said the first Prime Minister.