When people fear the state, there is tyranny: Karnataka High Court : The Tribune India

When people fear the state, there is tyranny: Karnataka High Court 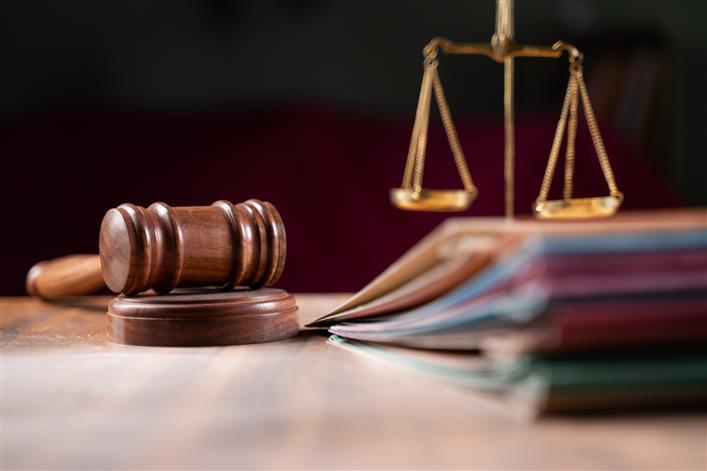 When people begin to fear the State or its agents, there is tyranny, the High Court of Karnataka has observed.

He was also paid a compensation of Rs 3 lakh which will be recovered from the erring police officers.

Kuldeep, the advocate from Puthila village in Belthangady, had approached the HC after his complaint against Suthesh K P, a sub-inspector of police, was not registered. Even after the direction by the court, there was delay in registering the FIR.

The HC in its judgment recently, ordered the Director-General and Inspector General of Police to initiate departmental inquiry against Suthesh “and his cohorts or any other officer, after identifying those officers who have indulged in the act of illegal arrest and alleged assault on the petitioner.”

The inquiry should be concluded within three months, the HC has directed.

The HC also ordered payment of Rs 3 lakh compensation to Kuldeep which shall be recovered “from the salary of the officers found guilty in the departmental inquiry.”

Kuldeep had obtained a restraining order against his neighbours K Vasantha Gowda and his wife Bhavani from erecting a gate that would have prevented him from accessing his agricultural land. The police took no action on the court’s interim order and closed the complaint filed by Kuldeep.

The same day, December 2, 2022, Bhavani filed a complaint against Kuldeep for criminal trespass and theft alleging he had stolen the gate.

The complaint was filed at 8.15 PM. But the police arrived at Kuldeep’s house at 8 PM and dragged him to the station without even allowing him to wear a shirt. His mother was also pushed aside. He was produced before the Magistrate the next day and was granted bail. He informed the Magistrate about the ill-treatment and being beaten up by the police and tortured.

The Magistrate recorded in the bail order to “Issue intimation to his higher authority to take necessary action against the police officer for violation of the personal liberty of the accused.” Kuldeep spent the next two days in hospital.

Kuldeep filed a complaint against sub-inspector Sutheseh K P, but it was not registered. He approached the HC which sought a status report. It was only on January 5, 2023 that the FIR was registered.

In its judgment, the HC said that the Superintendent of Police, Mangaluru, would supervise the investigation against the sub-inspector.

The HC said that the arrest of Kuldeep was illegal as the offences alleged against him did not warrant it. “No arrest should be made without a reasonable satisfaction reached after some investigation as to the genuineness and bona fide of the complaint/ information, as any arrest would deny a person of his liberty, which is a very serious matter, as arrest brings humiliation, curtails freedom and casts a scar forever.”

The HC concluded its judgement with a quote from Martin Luther King Junior. “If an advocate could be treated in the manner of what he has been meted out in the case at hand, a common man will not be able to bear the burnt of repetition of such treatment. It is, therefore, the perpetrators of such illegality and violators of law, cannot be let off the hook. They must be proceeded against both in a departmental inquiry, to fix accountability and under criminal law to deter any such iteration as, “injustice anywhere; is a threat to justice everywhere” – MLK Jr.”