Says democracy under Congress was an epitome of corruption, dares Rahul to tell people why he’s on bail and in what offence 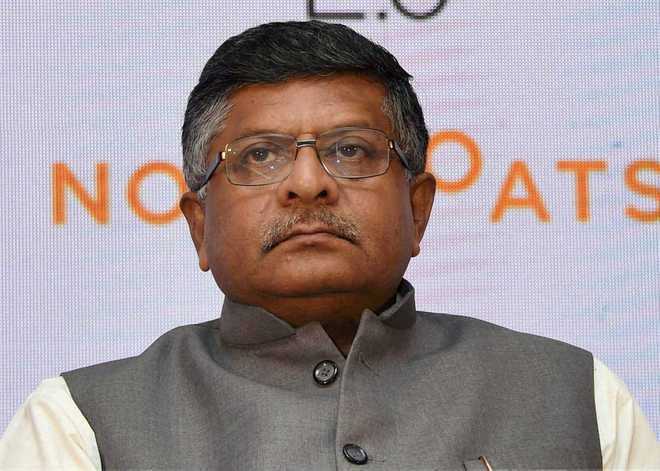 The BJP on Friday hit back at Rahul Gandhi daring him to tell the country why he’s on bail and in what offence and asked him not to blame the institutions for his own electoral failings.

“Why blame institutions if people don’t vote for you? Rahul Gandhi should stop saying democracy is in danger. The corruption structure of the Congress is in danger and the ongoing activity corruption drive will continue,” former minister and BJP leader Ravi Shankar Prasad said.

Rejecting Gandhi’s accusations as white lies, Prasad said the Congress agitation against price rise and unemployment is just an excuse.

The real idea is to threaten the ED, and save his family, said Prasad.

Targeting Gandhi for his attacks on democracy, Prasad asked whether the Congress had internal democracy.

“Sonia Gandhi, Rahul Gandhi and Priyanka Gandhi is the entire story of your party. The Congress repeatedly loses elections under your leadership. Why are you blaming democracy when people of India are rejecting you with repeated regularity? People answered you in 2019 when you called PM a watchman. Your sister lost in UP, you comprehensively lost in Bengal. Why blame institutions if you can’t win?” asked Prasad.

Alleging that democracy under the Congress has become an epitome of corruption, Prasad said, “Rahul Gandhi today said he speaks the truth. Why doesn’t he then tell the country why he’s on bail and in what offence? How does anyone acquire assets worth Rs 5,000 crore by paying merely Rs 5 lakh? The Congress leaders were not granted bail by courts, now they are blaming the judiciary, which is the most independent,” said Prasad, adding that today in the BJP government doors for middlemen stood closed and no deals could be struck.

Prasad said the ongoing anti-corruption drive would continue and the country would be told the truth of the National Herald case.

“If the court doesn’t grant you bail, you will start blaming the institution. What does that mean? Our judiciary is independent, our EC is independent. You disrupt Parliament to save your family. If you are so non-serious about politics, don’t blame our institutions,” the former minister said adding that Gandhi had now started criticising the country to save his own family.

“Stop demeaning institutions to safeguard your corruption and misdeeds,” the BJP said.

The ruling party also attacked Gandhi for his stand on India’s covid response noting, “The country knows how much respect you have for institutions. Dictatorship was when the Emergency was imposed and all rights suspended and the judiciary superseded,” said Prasad speaking on the day when Article 370 was abrogated in 2019.