Hathras: Why narco test for us, not accused, ask victim’s kin 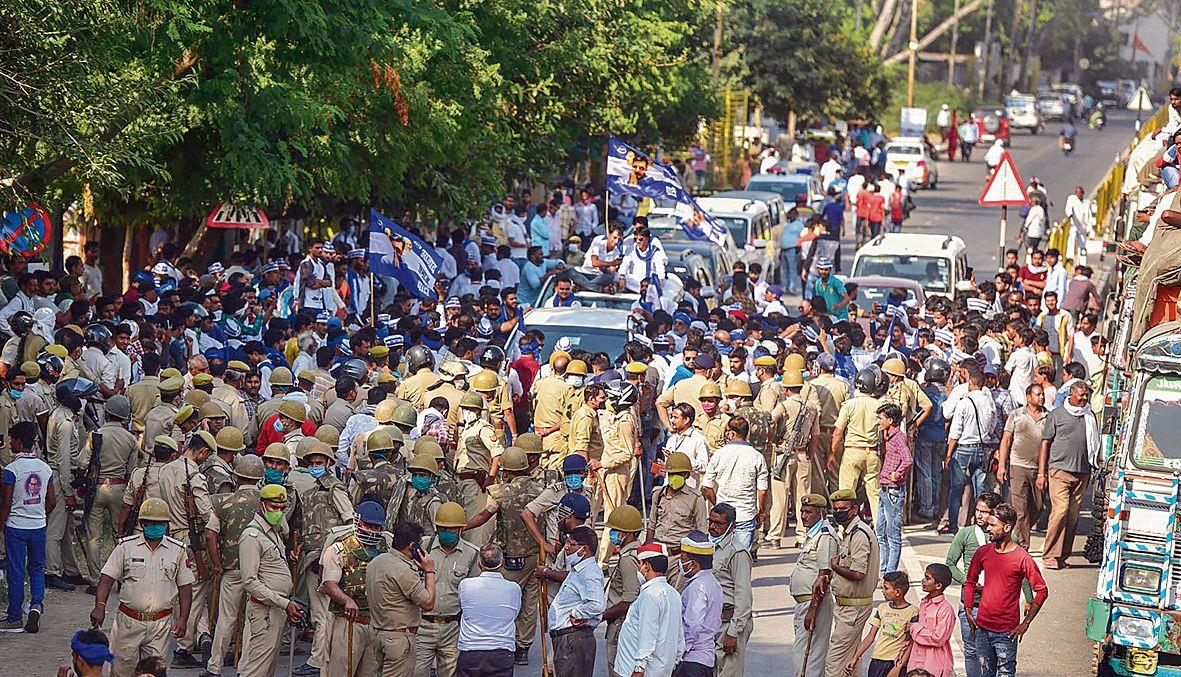 The family members of Hathras gang-rape victim on Sunday refused to undergo narco test, saying such a test should be used on perpetrators of the crime and not those who had been wronged.

Members of the Special Investigation Team (SIT), which is probing the case, visited the family again today.

The SIT’s proposal for a narco test on the victim’s kin drew sharp reaction from across the political and legal spectrum. Senior lawyer Prashant Bhushan said: “As per the Supreme Court, no one can be forced to take a narco test. A narco test is akin to torture and is totally unconstitutional. The CM and his SIT continue to mock the rule of law.”

A meeting at the house of former BJP MLA Rajvir Singh Pehalvan in Hathras ‘defended’ the accused and sought an FIR against the victim’s family. Pehalvan’s son denied the gathering comprised members from the upper castes, claiming they were from ‘various sections’.

The Congress and BSP demanded the removal of Hathras district magistrate (DM) over his alleged role in pressuring the victim’s family to change their statement.

AICC general secretary Priyanka Gandhi Vadra said: “The aggrieved family says the DM subjected them to the worst treatment. He should be suspended immediately and his role be probed. Also when the family is seeking a judicial inquiry, why this noise about the CBI or SIT probe?” He aggrieved family says the Hathras district magistrate subjected them to the worst treatment. He should be suspended and his role in the matter probed.

BSP chief Mayawati also demanded the DM’s removal. “The state has agreed to a CBI probe, but if the DM stays here, how can an impartial probe be conducted?” asked Mayawati. SP, RLD and Bhim Army leaders visited Hathras today, with SP and RLD alleging resistance by cops.

A meeting was held outside the house of former BJP MLA Rajvir Singh Pehalvan where they allegedly defended the accused. One of the organisers of the meeting and Pehalvan’s son Manveer denied that the gathering comprised upper caste people and claimed they were from “different sections of society”.

“The entire scenario has been created to blame the government. The accused persons are in favour of any type of inquiry. But the victims are changing their stand every now and then. They do not want a narco test or a CBI probe,” he claimed.