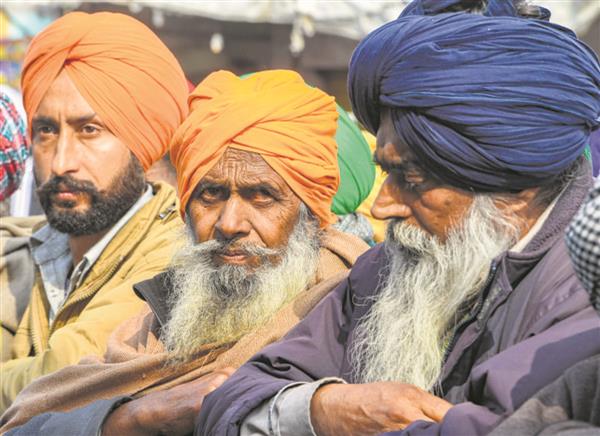 In response to NIA summons to several activists associated with the farmers’ protest, union leaders today claimed the move was a government tactic to scuttle their agitation. They said they would move the court.

Baldev Singh Sirsa, president, Lok Bhalai Insaf Welfare Society, said he would not appear before the NIA on Sunday due to a prior engagement. “Having failed to corner the farmers through other means, the government is now trying to intimidate us through the NIA,” he said.

The Bhartiya Kisan Union (Lokshakti) on Saturday requested the SC to remove the remaining three members of the committee set up to resolve the impasse over the 3 farm laws and select people who can do the job “on the basis of mutual harmony”. It pointed out that those on the panel had already backed the laws. PTI

The agency had yesterday sent notices to over 12 farm leaders, Sikh activists and journalists, asking them to appear before it as witnesses in a case against SFJ’s legal adviser Gurpatwant Singh Pannun and his aides.

In a statement, the Sanyukta Kisan Morcha said, “The issue of NIA notices was raised with the government in the last meeting. The ministers had said they would look into the concerns. Despite that people have received NIA notices. This is shameful. We will take legal action in the matter in the coming days.”

SGPC chief Bibi Jagir Kaur flayed the Union Government for “misusing” laws to suppress the peaceful struggle. Mehbooba Mufti, PDP chief, said, “The government’s pet agency (NIA) is now being unleashed on farmers. The rot that has set into India’s premier agency can be gauged from the manner in which they are fabricating charges on those who dare to dissent.” — TNS