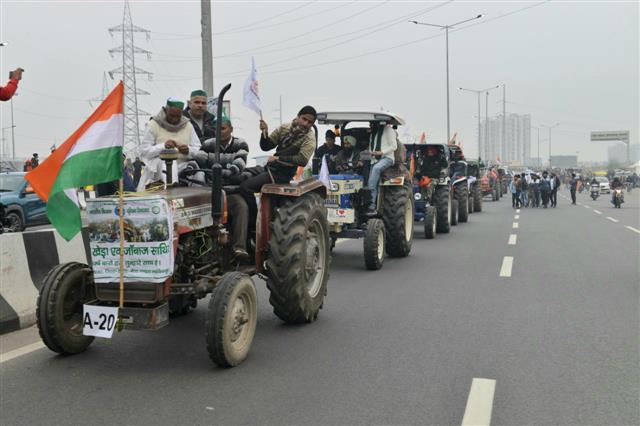 Family members of the farmers, who lost their life either naturally or in mishaps during the ongoing protest at Delhi borders, have decided to participate in the tractor parade scheduled for January 26. They say it will be a befitting tribute to the departed souls.

The Centre’s refusal to repeal laws has hurt the families. They have decided to stay at the forefront. - SS Kokri Kalan, BKU (Ugrahan)

The tragic loss has failed to dampen their spirits. They are now more resolute to fight this battle. - Avtar Ealwal, Former sarpanch

Maghar Singh (75) of Gharachon village said: “My wife Gurmale Kaur (73) who had been protesting at Kalajhar toll plaza since November last year died of cardiac arrest on December 8. She wanted to join protesters at Delhi border. I will go to Tikri to participate in the tractor parade. I don’t want her sacrifice to go waste.”

Maghar Singh’s entire family has contributed to the ongoing protest in one way or the other. Senior leaders of various farmer organisations have confirmed that the family members of almost all deceased farmers in the area have left for Delhi.

Sukhdev Singh Kokri Kalan, general secretary of the BKU (Ugrahan), said the family members of the deceased farmers had already been participating in protests across the state and the tractor parade too would witness a huge turnout.