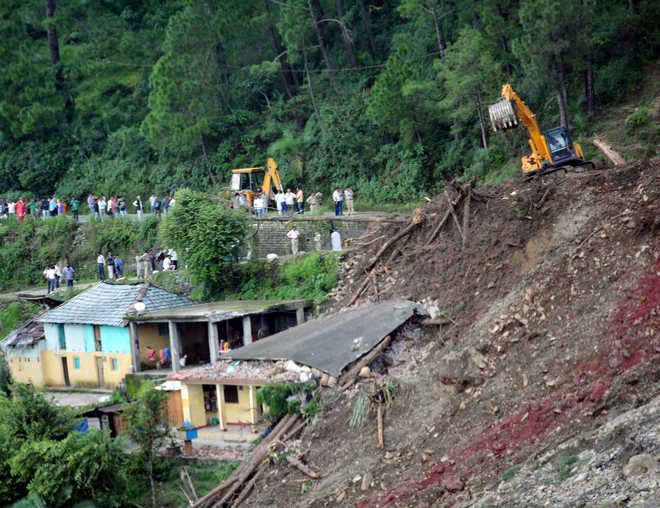 Woman cricketer Razia Ahmed was killed and five others were missing when their homes were buried in a landslide triggered by incessant rainfall in Meghalaya’s East Khasi Hills district on Friday, officials said.

The landslide took place at around 6 am in Mawnei locality of the district, they said.

Body of Razia, who has played for Meghalaya in several national-level cricket tournaments, was retrieved from the debris, they said.

“The body of Razia Ahmed, 30, was retrieved from the debris. Five other persons are still missing,” Mawnei locality headman Bah Bud told PTI.

East Khasi Hills district Superintendent of Police, Sylvester Nongtynger said a police team and home guards’ team is part of the search and rescue operations soon after they were informed of the mishap.

Razia also played for Meghalaya in a tournament organised by the BCCI last year, Kharkongor said.

Razia’s teammates have also condoled her sudden demise in the natural calamity.

“We will miss Razia and we pray that her soul finds eternal rest,” cricketer Kakoli Chakraborty said.

Two workers engaged by the police in clearing the debris at their quarters in Shillong died on Thursday, officials said.

Three children were rescued from the debris underneath their home in Mawlai area of the city and another youth was missing after he was swept away by strong currents of the Wahumkhrah river.

Landslides were reported from several areas across the state and PWD workers were pressed into service to clear the debris.

A portion of the Riangdo-Bamil road, at Mawshynrut- Thaiem and the Mawshynrut-Hahim road were damaged affecting traffic movement in West Khasi Hills district.

South Garo Hills was cut off from West Garo Hills Thursday after the Dumnikura timber bridge located on NH-62 directly connecting the two districts got washed away.

“We are making efforts to connect Baghmara from Nengkhra-Siju-Karukol side, Chokpot-Siju side and the parallel road from Ramchenga/Dumnikura to Dalu,” he said.

South Garo Hills Deputy Commissioner HB Marak said the restoration of the bridge would take time as the entire section was washed away.