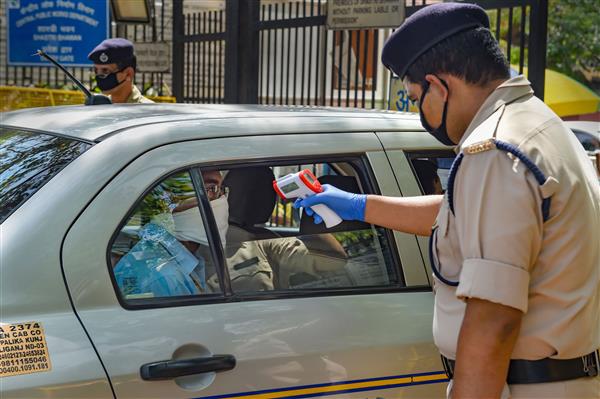 A 50-year-old woman travelled 2700 km in a car crisscrossing 6 states to meet her critically ill son, a BSF jawan in Jodhpur, despite strict lockdown restrictions due to Covid-19.

The woman was accompanied by her daughter-in-law and another relative during the journey, which they covered in 3 days time.

Speaking to PTI from Jodhpur in Rajasthan, Sheelamma Vasan said the health condition of her son, Arun Kumar (29), who was suffering from myositis, (inflammation of muscles), was improving.

“Due to god’s grace we have reached here without any problems anywhere”, she said.

The family was informed by a doctor at AIIMS in Jodhpur about Arun Kumar’s condition following which they decided to undertake the journey from Kerala through Tamil Nadu, Karnataka, Maharashtra, Gujarat to reach Rajasthan.

Thanks to the intervention of Union Minister V Muraleedharan, office of Chief Minister Pinarayi Vijayan and Congress leader, Oommen Chandy, the family could get necessary passes for the travel across the states.

Volunteers of Hindu help line, a VHP organisation, helped in arranging a cab and two taxi drivers free of cost to take them to Jodhpur.

After getting necessary passes arranged by Kottayam District Collector P K Sudheer Babu,Sheelaamma accompanied by her daughter-in-law Parvathyand another relative set off on the journey from Panackachira village in Koruthodu panchayat in Kottayam on April 11and reached Jodhpur on 14th, “Vishu” (Malaylam new year).

The jawan, who had come to his village in February end on leave and days after his return had fallen ill, had expressed desire to meet his mother and wife.

This mother’s journey comes close on the heels of another woman who rode 1400 km on her two wheeler from Telangana to bring back her son stuck in Andhra Pradesh.

The Burqa-clad mom, Razia Sultana, a school teacher from Bodhan town in Telangana undertook the journey on her scooter and broughther son, a student from Rehmatabadin Andhra Pradesh. —PTI