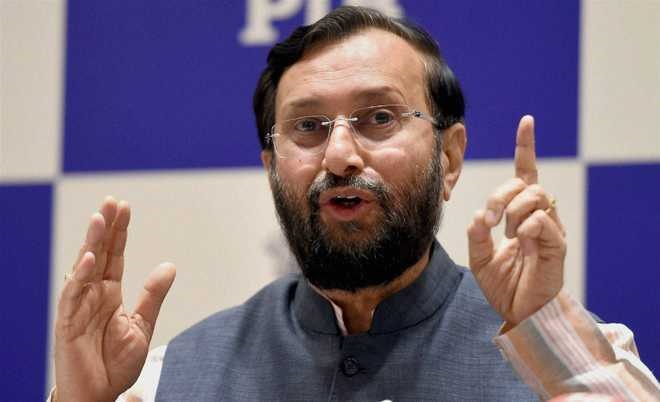 On the World Environment Day, the government on Friday announced ‘Nagar Van’ scheme to develop 200 urban forests across the country in the next five years. The scheme will be implemented with people’s participation and collaboration between Forest Department, Municipal bodies, NGOs and corporates, Environment Minister Prakash Javadekar said.

These forests will work as lungs of the cities and will primarily be on the forest land or any other vacant land offered by local urban local bodies, Javadekar said.

Stressing on this year's theme for the day, “Time for Nature”, with special focus on biodiversity, Javadekar said “thumb rule is if we protect nature, nature protects us”. Highlighting India's contribution towards biodiversity, the minister said despite having many constraints like only 2.5% of the world's landmass, 16% of humans as well as cattle population, the country has nearly 8% of world's biodiversity.

“India has 8% of world's biodiversity, despite having many constraint like only 2.5% of the world's landmass, has to carry 16% of human as well as cattle population and having only 4% of fresh water sources; the mega biodiversity that we have is the result of Indian ethos which is to be in sync with the nature,” he said

Apart from beautification of urban environment, forests offer many benefits like impacting climate and the economy while providing shelter to wildlife and recreational area for city dwellers.

According to the World Economic Forum, cities that have more trees are less noisy, with lower pollution levels.

A fully-grown tree can annually absorb up to 150kg of carbon dioxide — one of the main greenhouse gases contributing to global warming. Trees can moderate temperatures in heavily built cities, where heat radiated from concrete on buildings and roads makes these areas hotter than the surrounding countryside, in a phenomenon known as ‘heat island’ effect, according to an official statement.

As per Food and Agriculture Organisation, trees in urban areas reduce ozone, sulphur dioxide and particulate matter, remove large quantities of carbon dioxide from the atmosphere, and release oxygen.

In many countries there is a growing understanding of the importance of urban forests. Cities like Rio de Janeiro and Johannesburg have large forests within their urban areas. In India, most cities have gardens and parks, but not forests.

An initiative that began in 2015-16 in Pune has now become a success story in urban area rejuvenation, the statement said quoting the example of Warje Urban Forest or Smriti Van.

“Before becoming a pioneering urban forest, Warje Hill was a barren land under the Maharashtra Forest Department. As the city grew, it caused many encroachments by slums and builders.”

"Four years ago, the Maharashtra Forest Department joined hands with TERRE Policy, a city based NGO, Tata Motors and Persistent Foundation to turn the barren hill into a green forest.

To begin with, 8 feet saplings of variety of trees were planted. Four years down the line, Smriti Van has more than 6,500 fully grown trees, some 25-30 feet tall.

"The forest is rich in biodiversity with 23 plant species, 29 bird species, 15 butterfly species, 10 reptiles and 3 mammal species. Five water ponds have been built and two watch towers constructed," it said.

Javadekar said India is probably the only country where trees are worshipped, where animals, birds and reptiles are worshipped and this is the respect Indian society places for environment.

“We had a very important tradition of village forest since ages, now this new scheme of urban forest will fill up the gap because urban areas have Gardens but very rarely forests. With this activity of creating urban forest we will also create additional carbon sink," he added.