The river had breached the danger mark of 205.33 metres on Friday following heavy rains in the upper catchment areas 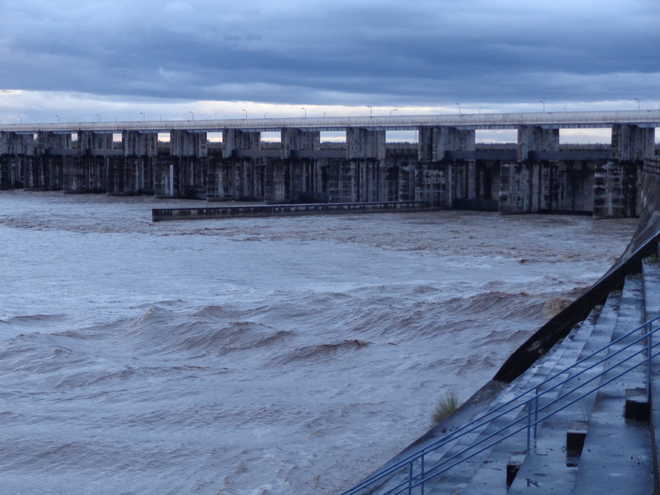 The Yamuna crossed the warning mark of 204.5 metres in Delhi again on Wednesday with Haryana releasing more water from the Hathnikund barrage amid rains in the upper catchment areas, officials said.

The river had breached the danger mark of 205.33 metres on Friday following heavy rains in the upper catchment areas, prompting authorities to evacuate around 7,000 people from low-lying areas. The water level had receded below the warning mark on Monday and stood at 203.96 metres at 6pm on Tuesday.

However, the water level rose again and crossed the warning mark around midnight. It stood at 204.89 metres at 7am on Wednesday, the Delhi government's flood control room said.

A forecast issued by the Central Water Commission said the river is likely to rise to 205.25 metres by 9pm and remain stable thereafter.

The India Meteorological Department (IMD) has said widespread rain "with isolated heavy falls" is very likely over Himachal Pradesh and Uttarakhand over the next two-three days.

Last week, Delhi Chief Minister Arvind Kejriwal appealed to people to avoid going towards the banks of the river.

A flood alert is declared in Delhi when the discharge rate from the Hathnikund barrage in Haryana's Yamunanagar crosses the one lakh-cusecs mark and people living near the floodplains and in flood-prone areas are evacuated.

The Yamuna floodplains and low-lying areas in Delhi near the river are considered vulnerable to flooding. They are home to around 37,000 people.

The overflowing Yamuna had affected low-lying areas near the river in northeast, east and southeast Delhi last week and around 7,000 people were shifted to higher ground.

The Delhi flood control room reported a discharge rate of around 14,000 cusecs from the Hathnikund Barrage in Haryana's Yamunanagar at 6am on Wednesday. It was 19,745 cusecs at 7pm on Tuesday.

The discharge rate was 2.21 lakh cusecs at 3pm on Thursday, the highest so far this year.