Yechury announces CPI(M) support to SP in UP; likely to support Congress in Punjab

On its part, CPI(M) will contest in four out of 403 assembly constituencies in UP 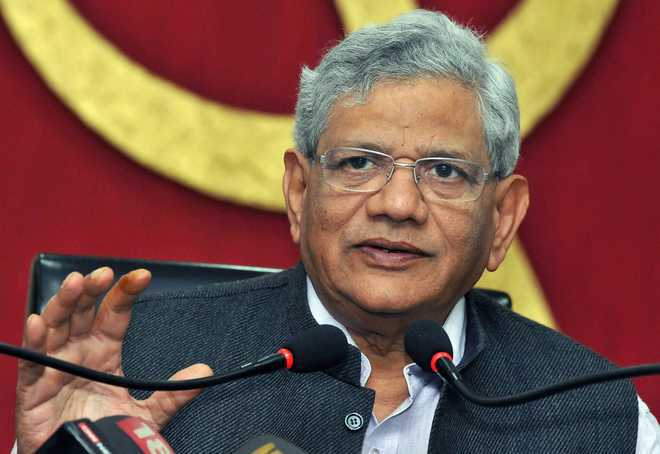 Ahead of the Assembly elections in Uttar Pradesh, CPI(M) general secretary Sitaram Yechury announced his party’s support to Samajwadi Party to ensure defeat of the ruling BJP in the State, and dropped a major hint to support Congress in Punjab.

This will be a shot in the arm to Samajwadi Party-led alliance which is having a faceoff with the BJP in UP.

On its part, the CPI(M) will contest in four out of the total of 403 assembly constituencies in UP.

Yechury said in Lucknow that the rationale for support to Samajwadi Party is to defeat the BJP.

The CPI (M) will support the party in the States which can defeat the BJP. The Samajwadi Party was likely to defeat the BJP in UP.

“Our goal in the five states is very clear. We have to defeat BJP. We will try to contest in an alliance with other parties. Otherwise, our party will fight on a minimum number of seats,” Yechury said.

Elaborating CPI (M)’s game plan for UP election, he said it will contest in four seats. On all other seats, it will support the Samajwadi Party.

“Similarly in Punjab, we have to defeat the BJP. We will back anyone in each constituency who is capable of defeating BJP. It will be Congress in many seats,” he added.

UP will vote in seven phases from February 10 and March 7. The counting of votes will take place on March 10.