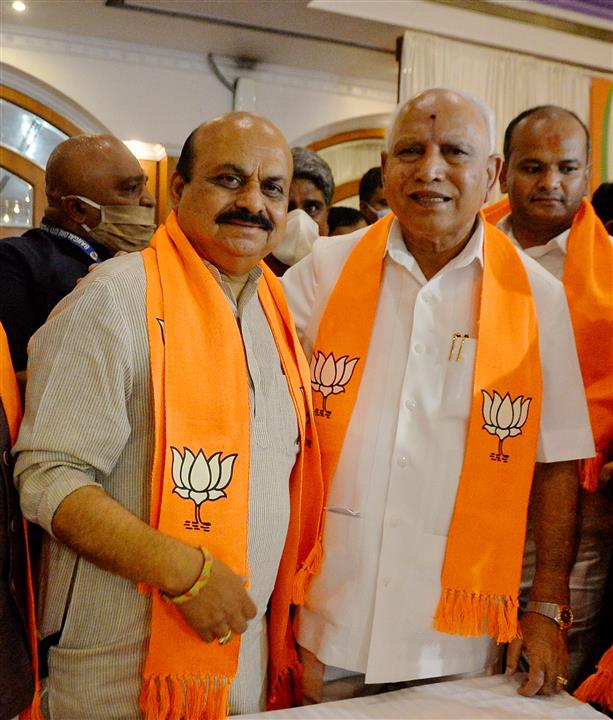 A formidable Lingayat Basavraj Somappa Bommai has been elected as the new chief minister of Karnataka at the meeting of the BJP Legislature Party on Tuesday in the presence of central observers Union Ministers Dharmendra Pradhan and G Kishan Reddy, and Arun Singh, the party general secretary in charge of the state.

Outgoing chief minister BS Yediyurappa was also present at the meeting that took place at a city Hotel in Bengaluru.

"Governor Thaawarchand Gehlot has invited me to form the government. I will take oath at 11 am on July 28," Bommai said after Pradhan announced the decision taken at the legislature party meeting at a press briefing.

Born on January 28, 1960, Bommai, the son of former chief minister of the state SR Bommai, belongs to the Sadara Lingayat community, to which Yediyurappa also belongs.

A two-time MLC and three-time MLA from Shiggaon in Haveri district, Basavaraj joined the BJP in 2008 and has risen in the party ranks since then. In the past, he held a portfolio of water resources. He is an engineer by profession and started his career with the Tata group.