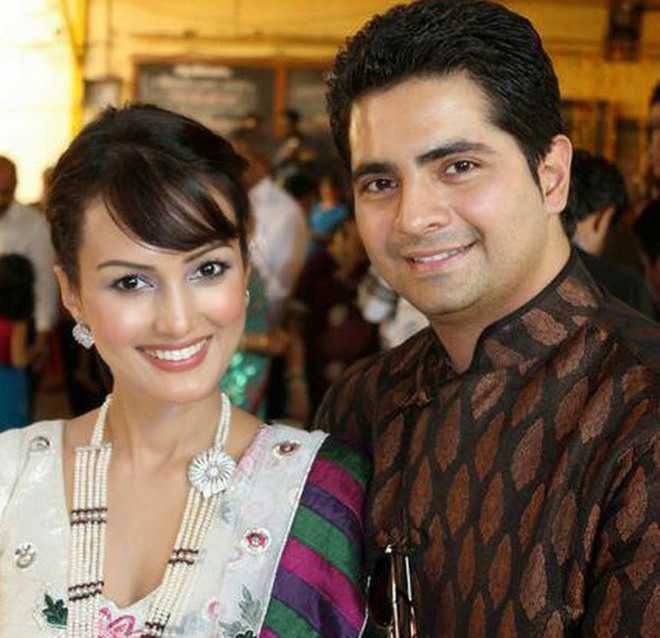 Popular television actor Karan Mehra was arrested for allegedly beating up his wife at their residence in Mumbai, a police official said on Tuesday.

The incident took place on Monday night, following which the actor was taken into custody. He was released on bail from the police station in the early hours of Tuesday, the official said.

The Goregaon police received a call from their control room about the incident around 11 pm on Monday, he said.

The police went to the actor's house and brought him to the police station.

His wife Nisha Rawal, who is also a TV actor, lodged a police complaint against him after they had a fight, the official said.

A case was registered against Mehra under IPC sections 336 (endangering human life or personal safety to others), 337 (causing hurt by an act which endangers human life), 332 (voluntarily causing hurt to deter public servant from his duty), 504 (intentional insult with intent to provoke breach of the peace) and 506 (criminal intimidation), he said.

After the completion of legal formalities, the actor was released on bail from the police station, he said.

Opening up on the incident, Karan's friend and colleague, actor Rohan Mehra, says he never realised there was a problem between the couple.

"He was head over heels in love with his wife. They both are very close to me. We have travelled together, too. That was long back. We have spoken on Instagram. I never thought that there is a problem. But no one can say if there is a problem between husband and wife," he told IANS.

Rohan says Karan was not a violent person.

"He was not like this. On Bigg Boss, too, he never raised his voice. He never hurt anyone. It's very strange. One can't say what is going on in someone's personal life. But he has never done anything like this. Otherwise, he is a gem of a person," says Rohan.

Mehra is known for his role in the TV serial "Yeh Rishta Kya Kehlata Hai".

Meanwhile, according to an earlier report in Spotboye, an FIR was lodged against Karan Mehra at Goregaon Police station on Monday night. Karan and Nisha's marriage has reportedly been on the rocks for some time now. A fight broke out between the two on Monday night and Karan allegedly ended up hitting Nisha.

The couple has appeared in various TV serials, including dance reality show "Nach Baliye". — With agencies