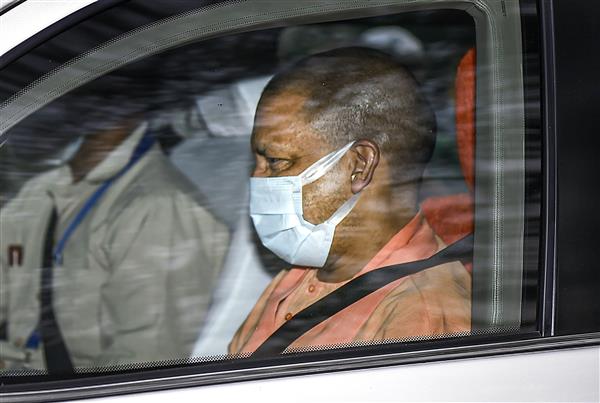 Amid reports of dissent and a possible rejig of the UP Cabinet, CM Yogi Adityanath today met Home Minister Amit Shah for what he called a “courtesy call”. The development comes a day after Congress’ Jitin Prasada joined the BJP.

Adityanath is expected to meet PM Narendra Modi and party president JP Nadda on Friday. There are reports of "differences" between Adityanath and Modi over the possible induction of former Gujarat IAS officer Arvind Kumar Sharma into the UP Cabinet.

Adityanath is being criticised over his “mishandling” of the pandemic situation. He is also facing allegations of “favouring the Thakur community at the cost of Brahmins”. Sharma and Prasada are believed to be part of the BJP's plan to gain the favour of the community. Sources said the PM might induct some UP leaders into his Cabinet to assuage the feelings of the powerful Brahmin lobby.

The sources said Adityanath and Shah discussed preparations for the UP Assembly polls next year and possible Cabinet reshuffle. The BJP's performance in recent panchayat polls was also discussed, they said, adding that Apna Dal leader Anupriya Patel also joined the meeting for some time.

There are reports of a possible UP Cabinet reshuffle

Clash took place after Chandauli's DM, his family were escor...