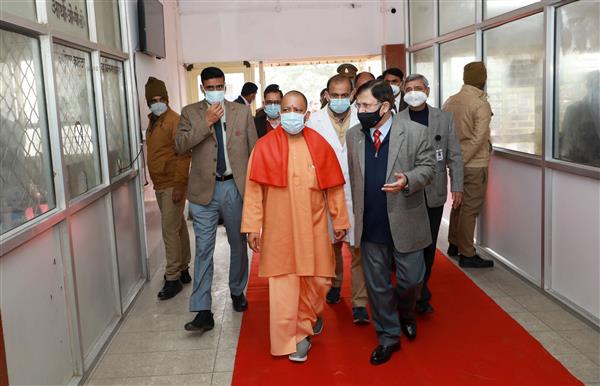 Ahead of February 10 elections to 58 Assembly segments of western Uttar Pradesh, CM Yogi Adityanath brought up a familiar script on Sunday.

Lucknow: Nishad party president Sanjay Nishad on Sunday said they would contest in 15 Assembly constituencies in Uttar Pradesh as part of an alliance with the BJP, but the seats were yet to be finalised. Nishad said he would meet senior BJP leaders, including Amit Shah, in Delhi on Monday to finalise the constituencies where the party will field its candidates. PTI

“SP chief Akhilesh Yadav is ready to throw western UP into communal fires yet again… People responsible for the Kairana exodus are being given tickets. Also on SP’s list are rioters of Muzaffarnagar and professional history-sheeters,” Yogi said on Sunday, raking 2013 Muzaffarnagar riots that drew deep chasms between the dominant local Jats and Muslims, yielding electoral advantage to the BJP in 2014 Lok Sabha elections, and until later.

Pulling out history sheets of some of the candidates the SP has fielded in western UP, the CM on Sunday reminded the locals of the exodus of Hindu families from Kairana after the Muzaffarnagar riots and warned them against potential recurrences. The CM’s reference was to Nahid Hasan whom the SP has fielded from the communally sensitive Kairana segment that bore a massive brunt of Muzaffarnagar riots.

“By fielding Hasan, the SP has exhibited its true communal colours. Hasan has 17 cases registered against him in Shamli and Saharanpur districts,” Yogi said