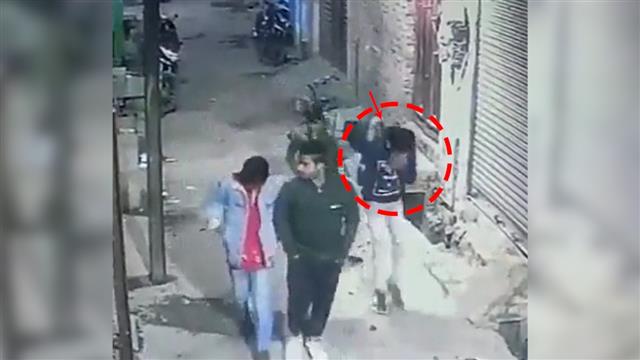 A video grab of the incident caught on camera. Credit: Twitter

A shocking incident has been caught on camera in which a seemingly healthy young man is seen walking down a lane with his friends when he sneezes and dies.

Why? Because "Cov-ID-AI 💉 strong association with cardiovascular RIP"

Why? Because "India made a record of doing the biggest 💉campaign in human history"

The friends reportedly took him to a nearby medical facility where he was declared brought dead. No case has been registered in the matter.

This is in addition to, at least, half a dozen incidents in Uttar Pradesh where young people have been seen slumping to their death while dancing or talking.

Two days ago, a bride collapsed and died on stage after exchanging garlands with her groom.