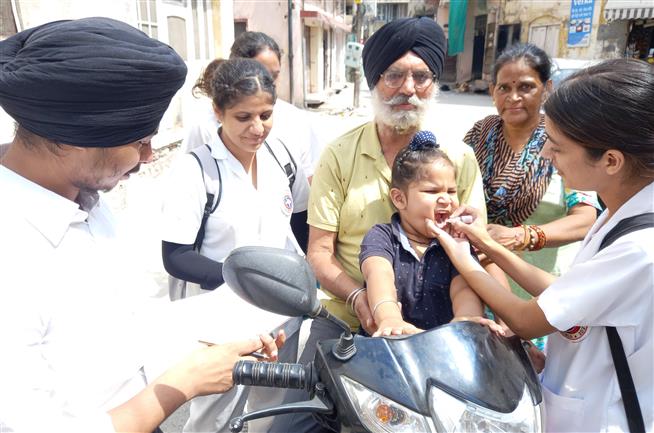 A health worker administers polio drops to a child during a door-to-door drive in Patiala on Tuesday. Tribune photo: Rajesh Sachar

By administering polio drops to 33,134 children on the final day of three-day pulse polio drive, Patiala Heath Department on Tuesday went past the target.

Health officials said 1.91 lakh children up to the age of five years were administered polio drops in the district during the three-day drive. The drive successfully concluded today. Dr Raju Dhir, Civil Surgeon, said they had set a target of administering polio drops to 1.86 lakh children during the drive. He said the health teams went door-to-door on Tuesday to administer the drops.

The Civil Surgeon further added that health workers had visited various brick kilns and slum areas in the district to ensure polio drops were administered to the children there and no one was left out.