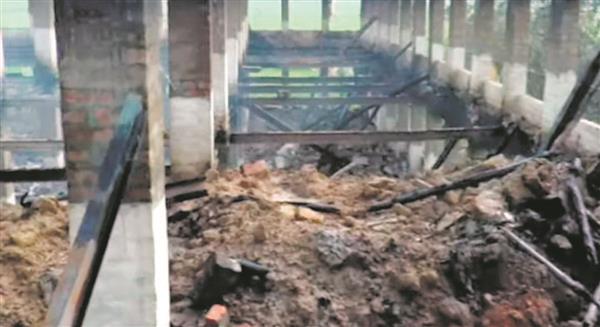 In a major fire incident, around 10,000 chickens were burnt alive at a poultry farm at Nial village in Patran block of Patiala district today. The fire broke out at Narain Poultry Farm around 6 am.

Though the exact cause of the fire is still unknown, the poultry farm owner said it broke out after a portion of the roof fell on a small kiln.

Jagtar Singh, owner of the poultry farm, claimed that the fire engine reached almost three hours after the fire broke out. He said, “There is no fire engine at Patran block. It was brought from Samana block.”

In the absence of a fire engine, villagers tried to douse the flames using water pumps and buckets. However, their efforts went in vain.

Jagtar Singh said he suffered a loss of around Rs10-12 lakh as all chickens died in the fire incident. He said, “I had taken a loan to run the poultry farm. The incident has left me in debt.”

Residents have been facing problems due to lack of fire engines in Patran. Naman Marken, SDM, Samana, who holds the additional charge of Patran, said, “I am unaware of the incident. I will check with the officials concerned regarding availability of fire engines at Patran.”