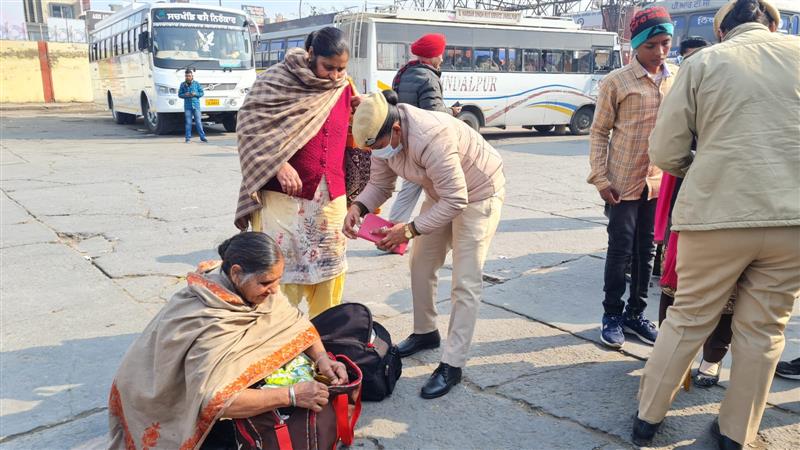 Police personnel check luggage at a bus terminal ahead of the Republic Day celebrations in Patiala on Saturday. Tribune photo: Rajesh Sachar

In a special operation launched against suspicious people across the state, the Patiala police have registered nine cases and arrested 10 suspects besides recovering 27,660 intoxicating tablets and 43 bottles of illicit liquor.

The special drive comes almost a few days before the Republic Day celebrations.

The state-wide coordinated special operation, “OPS Eagle”, was conducted today to search and round up suspicious people in vulnerable locations for their verification.

According to an official statement, the operation was conducted under the direction of the Director General of Police (DGP) Gaurav Yadav. SSP Varun Sharma visited the local railway station, bus stand and other public places.

“Checking was conducted at the railway station and bus stand. Also, 50 checkpoints were set up involving over 1,000 police personnel for a thorough search of vehicles,” said the SSP, adding that such operations would continue till the menace of drugs and gangsters is wiped out from the state.

“The operation was to boost public confidence and increase the presence of the police to infuse fear among the anti-social elements,” said Varun Sharma.

“The operation was conducted after identifying drug and crime hotspots through data analysis by division-level teams. Different teams frisked suspects and searched houses under the supervision of senior officials,” said the SSP.

He warned that the public display of weapons, even on the social media, would be dealt with an iron hand, and action taken against violators.