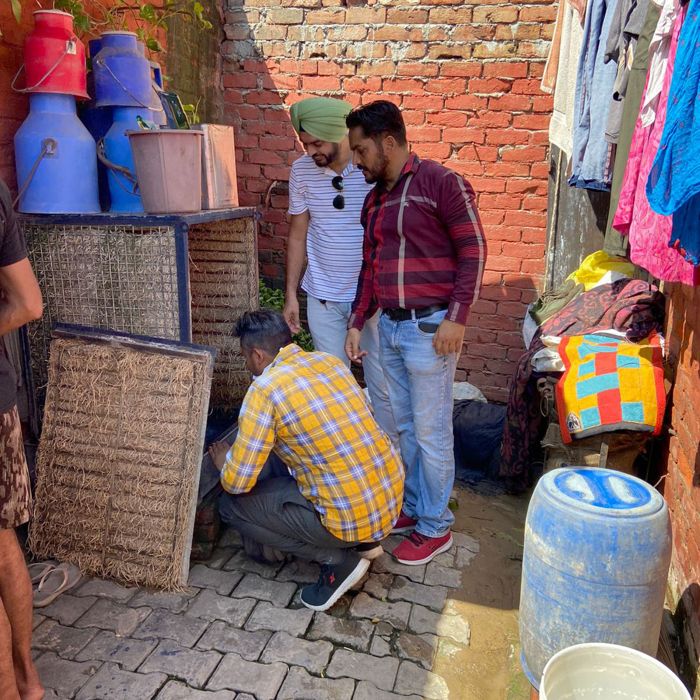 Officials of the MC’s health branch collect samples of water in Patiala on Friday. Rajesh Sachar

Officials of the Municipal Corporation said they had issued 40 challans till now. “Today we issued 15 challans where dengue larvae were found,” an insider said.

Health Officer Dr Jasvir Kaur said, “Teams of the MC issue challans when health officials report identification of dengue larvae. Teams of both the offices go to places together. There has been some delay on part of MC, but we are ensuring that inspectors carry out the process as per norms.”

“The numbers of identified larvae and issued challans differ as challans can’t be issued when larvae are found in open places. There is political pressure as well. So, no challans are issued for larvae found at government offices. Sometimes people also misbehave with our officials,” she pointed out.

As per official record shared by the District Health Department in a press note on Thursday, the department has inspected about four lakh households across the district to spread awareness among people regarding dengue fever. “As many as 5,000 larvae of dengue have been destroyed and reports of 27 people confirmed with dengue fever have been received. Out of these, seven belong to urban population while 20 to rural”, the office said.

Since April, the health officials have destroyed dengue larvae from over 2,000 places in the city alone.