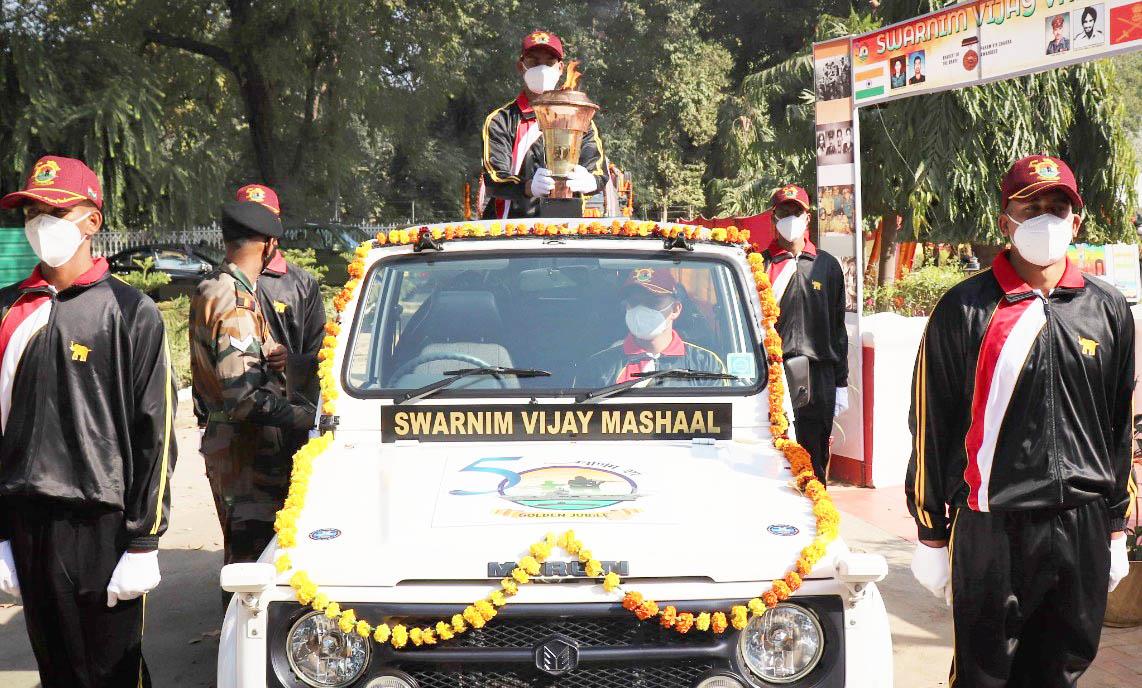 Soldiers, who fought in the 1971 India-Pakistan war, were honoured at a programme organised by the Airawat Division, here, at the Yadavindra Services Officers Institute (YSOI) on Monday. Officials said 95 soldiers and 17 women soldiers, who participated in the war, were facilitated during the event.

The ‘Swarnim Vijay Mashaal’ (victory flame) was received by officials on Monday. The officials said 20 gallantry awardees were also part of the event.

The General Officer Commanding (GOC), Airawat Division, paid homage to the martyrs. He said the Army continued to move forward with the ethos of honour, valour and tradition set forth over a period of time. He said the Indian Army was prepared to defend the nation and give a befitting reply to any adversary.

The ‘Swarnim 50 cycle rally’ was also held. The rally started from Nabha.

The victory flame was showcased at the military station, Patiala. — TNS