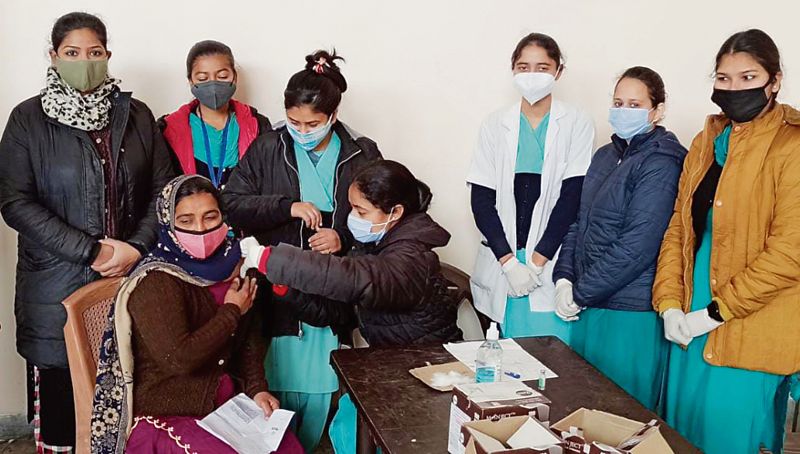 A health worker administers a dose of the Covid-19 vaccine to a woman in Patiala on Thursday. Tribune photo: Rajesh Sachar

One lakh beneficiaries have been vaccinated in the district over the past week. The district on Wednesday and Thursday reported four and three deaths, respectively. Officials in the district administration said people should not take the vaccination lightly.

Dr Sumeet, District Epidemiologist, said, “We are witnessing a downward trend in Covid cases in the past week. However, people should not take the virus and vaccination lightly.”

“The Omicron variant spreads at a fast pace though it is less severe,” Dr Sumeet said.

Meanwhile, officials of the Health Department said the number of people vaccinated in the district had crossed 20 lakh. As many as 17,061 people were vaccinated on Thursday.