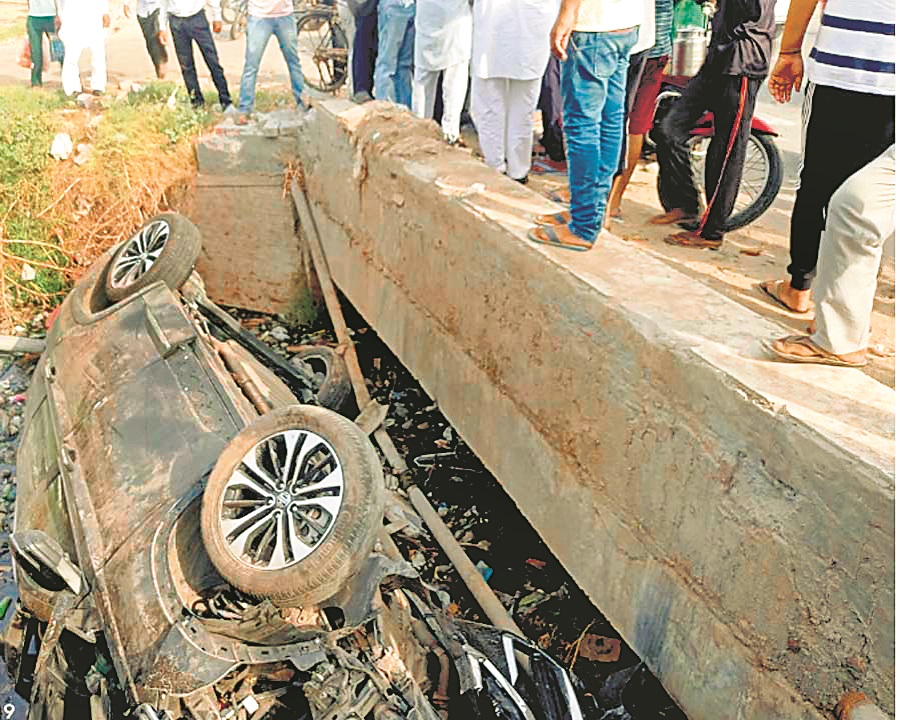 The mangled remains of the car that met with an accident in Patiala on Thursday. Tribune photo: Rajesh Sachar

Patiala, May 19
Two brothers were killed while two others suffered injuries when the car they were travelling in fell into a nullah on the Devigarh road on the intervening night of Wednesday and Thursday. The deceased have been identified as Prateek Singh and Harshdeep Singh, while injured Gurjant Singh and Rakesh Kumar are undergoing treatment at a private hospital here. Gurjant Singh, in his statement to the police, said their car was hit by a truck. The impact of the crash was so powerful that the car rolled and fell into a nullah.

ASI Hardeep Singh, in charge, Bhunerheri police post, said the incident occurred at around 12.30 am on the intervening night of Wednesday and Thursday. “We managed to pull them out of the vehicle but two of them had already died. Injured were taken to Government Rajindra Hospital for treatment,” he said.

The ASI said on the statement of Gurjant Singh, the police had registered a case under Sections 279 (rash driving), 427 (mischief causing damage), 304-A (causing death by negligence) and 337 (causing hurt to any person by doing any act so rashly or negligently) of the IPC and have started investigation.