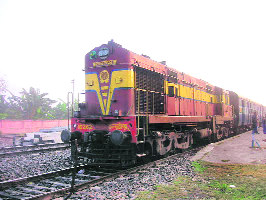 The 301st Bihar-bound ‘Shramik’ train left the Patiala railway station on Sunday evening. The state government with the help of Railways has ferried 3.89 lakh people in 311 trains to states, including Uttar Pradesh, Bihar, Madhya Pradesh and Chattisgarh, among others till Sunday evening.

While many residents of Bihar and other places have been able to leave for their home states, some have had to return from the railway station dejected.

Govind (19) and Shankar (24) had to go to the railway station thrice only to be left back in line and dropped. “We have come here for the fourth time today. Earlier, we came to the station thrice, but trains got full before we even reached the counter,” said Govind. “I came to Punjab nine months ago. Now, I am returning with only Rs 400,” he added.

When questioned in Hindi Muhammad Arif, another resident of Bihar, smiled under the face mask. “You can talk to me in Punjabi,” he said while adding, “I have been working here for last 35 years. Now, we are supposed to return because of no work.”

Meanwhile, Sanikya Benegar, a resident of Jharkhand, came to the railway station with wrong information. Someone told him to reach the railway station today to leave for home. “I want to go to Ranchi in Jharkhand,” he said. Later, he was turned back as only residents of Bihar with their Aadhaar cards carrying addresses of native state were allowed to board trains. — TNS