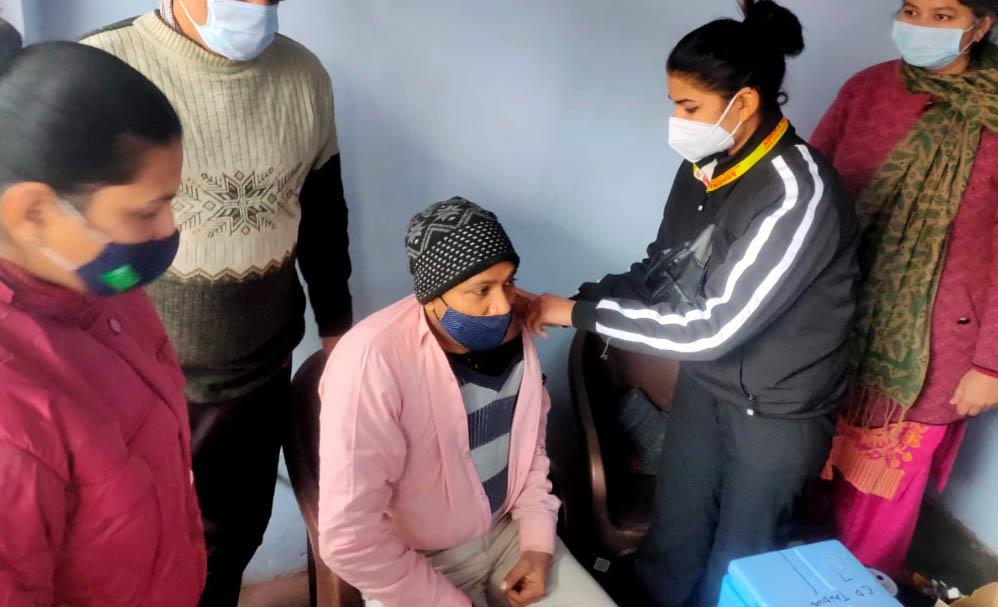 A health worker administers a dose of the Covid vaccine to a man in Patiala on Monday. Tribune photo: Rajesh Sachar

Around 48 per cent Covid-19 deaths in the month of January were that of vaccinated patients in the district. The Health Department said that the district had reported 27 Covid deaths since January 1. Of 27 deaths, 10 had received both the doses of Covid vaccine, while three had received one dose.

However, the department claimed that majority of them, who died, had comorbid conditions. Patiala Civil Surgeon Dr Prince Sodhi said that vaccination definitely reduced mortality, however, some fully vaccinated patients had died.

“It depends on the amount of antibodies the body produces after it contracts Covid-19 infection. Some had the single dose while In some cases patients had received second dose recently, which takes time to generate antibodies, “said Sodhi.

The state government and health experts ever since the vaccination drive began in the state have been claiming that vaccination reduces hospitalisation and mortality to a great extent. However, it has been learnt that many fully vaccinated have already been hospitalised in the third wave, and young patients, who were fully vaccinated and had no comorbid conditions also died.

Today, 17,703 persons were vaccinated in the district. Dr Veenu Goyal, District Immunisation Officer, said that 11.79 lakh beneficiaries, out of targeted population of 14.98 lakh, had received the first dose, while 6.8 lakh received both the doses. She further said that 6,757 beneficiaries, including health workers, had been given booster dose.