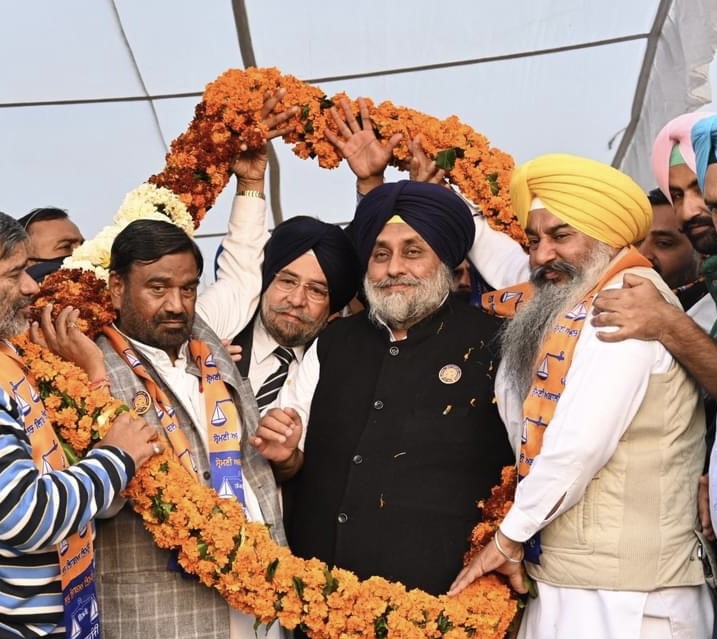 Badal alleged that a large number of AAP candidates were turncoats and tainted. Badal said, “AAP don’t have any history of its own. Around 65 AAP candidates, out of 117, are efuse of other parties.”

Badal further said AAP had always been posturing themself as the party of common man, however, the richest candidate was from their party.

They (AAP) had claimed that they would give tickets to rickshaw puller and vegetable sellers. Sukhbir said, “Patiala Urban AAP candidate Ajitpal Kohli is not a common man. Another AAP candidate Harmit Pathanmajra from Sanour is a declared proclaimed offender.”

Talking about Chief Minister Charanjit Channi, the SAD president said contrary to his claim, he had actually been against the scheduled caste community. He said despite being a cabinet minister for nearly five years, Channi didn’t contest the injustice done to the students of scheduled caste community when his cabinet colleague, Sadhu Singh Dharamsot, embezzled the scholarship funds of theirs. He claimed Channi never spoke for restoration of blue cards, which had been discontinued by his government.

Badal said the SAD-BSP alliance was committed to increase the old-age pension from Rs 1,500 to Rs 3,100 per month. He said the shagun benefit would be increased to Rs 75,000 per beneficiary.