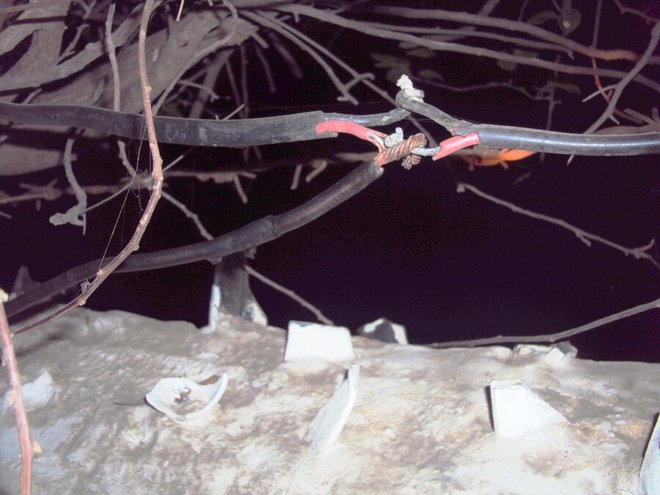 50% of supplied power being stolen.

For the past almost a decade, the politically sensitive border zone comprising Amritsar, Gurdaspur, Tarn Taran, Ajnala and adjoining areas continue to cause maximum losses to the Punjab State Power Corporation Limited (PSPCL) by stealing over 50 per cent of the supplied power.

Information gathered by The Tribune proves that residents are stealing power worth over Rs 2.5 per day from the PSPCL supply lines, with rural Punjab leading with 66.66 per cent distribution losses using capacitors, illegal kundis and even tampering with meters. “The villagers, many of them rich landlords owning cars and even farm houses, continue to steal power using their clout with politicians and local power board officials,” said a PSPCL official, preferring anonymity.

Senior PSPCL officials told The Tribune that villagers, majority of whom get free power for their tubewell motors, steal power worth Rs 800 crore per annum.

Meanwhile, domestic, commercial urban consumers and industry cause losses worth around Rs 200 crore per annum. As per PSPCL records, as against the average 10 per cent of loss in distribution network, the losses are over 20 to 50 per cent in urban areas, while they are over 50 to 79 per cent in rural supply lines.

“We were shocked to find that every second house in rural areas has devices fitted smartly to stop power meters or even use permanent kundis to steal power,” said a top PSPCL official.

In the west zone, the Malout division of Muktsar circle report losses of 44.55 per cent, while in the south zone, Patran and Lehragaga division of the Sangrur circle has losses of 54.87 per cent and 52.49 per cent, respectively. Baghapurana divisions in the Faridkot circle have 49.98 per cent losses.

VK Gupta, spokesman, All India Power Engineers Federation (AIPEF), said the main reason for losses in these areas is political interference in efforts by the corporation to check power theft. “Politicians call it a facility to their area consumers, while the burden of this power theft is passed on to rest of the consumers due to losses,” he said.

The replacement of electromechanical meters with electronic meters and shifting of meters outside the premises has been slow due to Covid.

“We have ordered strict enforcement in the entire state and there is zero tolerance for power theft. We have brought down losses and FIRs are registered against power thieves,” said A Venu Prasad, CMD, PSPCL.