British-era jail in Nabha all set for makeover 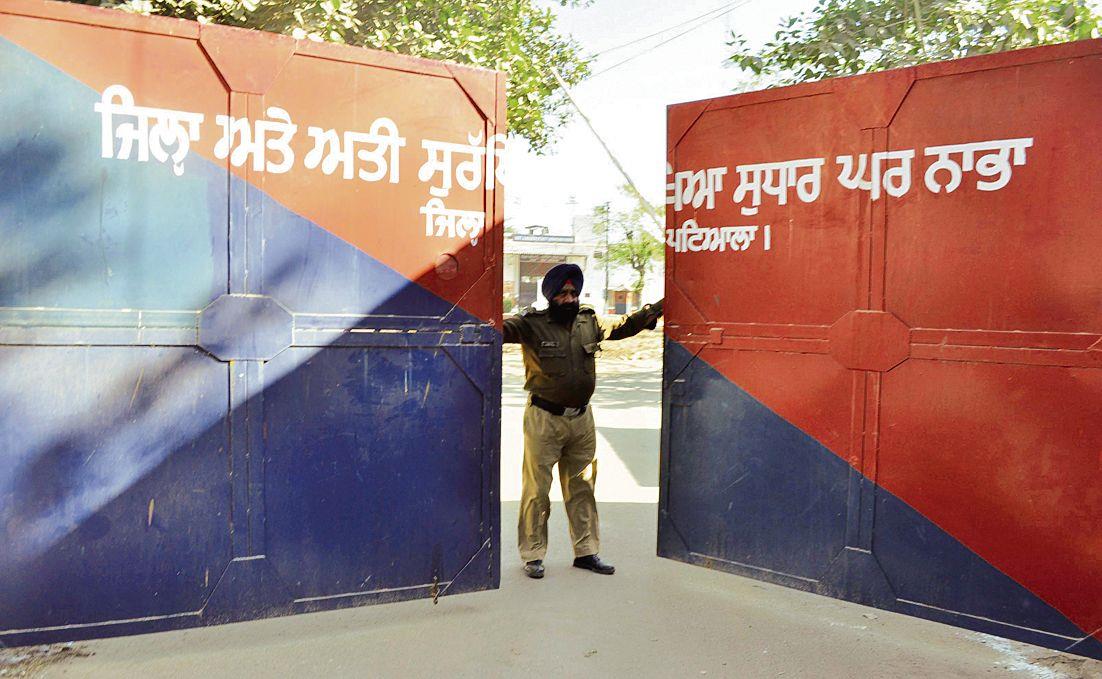 The entrance of Maximum Security Jail in Nabha. File photo

The Punjab Government has decided “not to demolish”, but “initiate steps to preserve and strengthen” nearly 98-year-old historic Maximum Security Jail in Nabha.

The British-era jail will be overhauled and revamped when it completes its 100 years in 2023 at an approximate cost of Rs25 crore, sanctioned by the Punjab Government.

The Maximum Security Jail, Nabha, had hogged national limelight in November 2016 when 14 heavily armed men, many of whom were dressed as cops, barged into its premises and fled with six high-profile inmates, two of them terrorists.

Majority of jail barracks are in dilapidated condition. Also, the jail is short of office space for officials.

“We plan to have additional barracks. Existing barracks will be separated and repaired. I am against the initial official plan to replace this jail with a new modern prison, which would have cost us over Rs125 crore,” said Jails Minister Sukhjinder Randhawa, who visited prison last week.

“This is perhaps one of the only old-style jail, which has perfect settings and infrastructure to tackle dreaded prisoners and A-category gangsters,” Randhawa told The Tribune.

Meanwhile, addressing concerns of enhanced security inside Nabha jail, Additional DGP (Jails) PK Sinha said they would have more watch towers and their height would be raised for better vigilance and night vision.

“This will help us ensure fool-proof security cover of the jail, which needs to be updated as it was designed almost 100 years ago when the challenge was of keeping some 300 odd prisoners without the help of technology,” he said while adding that experiments were being conducted to ensure that there was no mobile network zone inside jail.

The new construction in jail, which once housed former Prime Minister Jawahar Lal Nehru, will have additional 60 cells for housing more prisoners in a systematic manner.

Further, outer and inner wall will also be repaired while infrastructure for the office staff on duty inside jail will also get a complete makeover.

Punjab Jails Minister Sukhjinder Randhawa said he was looking forward to meet Union Minister Amit Shah for getting pending files pertaining to the state cleared. “Once I meet him, I will like to give a proposal for a separate ministry to look after jails in the country. This will help manage jails in a better way given the tough working conditions inside,” Randhawa added.