PLC has 26 councillors in 60-member House; civic body expected to go to the polls in January 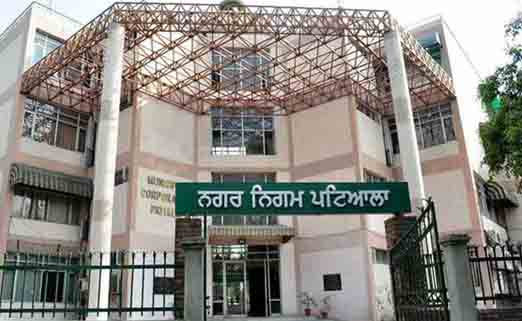 Out of 56 Congress councillors in the Patiala MC, 26 remained loyal to Capt Amarinder Singh after his exit from the party. - File photo

The political dynamics of the local Municipal Corporation, which has witnessed ups and downs since the exit of Capt Amarinder Singh from the Congress last year, could again see a major shift after the former Chief Minister joined the Bharatiya Janata Party (BJP) in Delhi today.

The merger of Capt’s Punjab Lok Congress (PLC) with the BJP is expected to have an impact on the MC elections, likely to be held in January.

At present, 26 of 60 wards of the Patiala MC, including the seats of Mayor and Deputy Mayor, are represented by leaders of the PLC. The 26 councillors stayed with Capt Amarinder Singh at the time of his exit from the Congress. Now, 30 councillors in the MC House belong to the Congress, while the Aam Aadmi Party (AAP) has three and SAD one.

A PLC councillor said, “We all will act in accordance with the directions of the party high command.”

Insiders said the new development could have an effect on the upcoming MC elections as well.

A councillor pointed out, “With a strong backing of the party ruling at the Centre, Capt’s entourage could shift the dynamics of upcoming MC elections.” He added, “Also, the MC has been witnessing issues after AAP formed the government in Punjab.

“The Patiala MC, led by Sanjeev Sharma Bittu as Mayor, is represented by the PLC. It is being alleging that the civic body was lacking support of the government and administrative officials since formation of the state government. Earlier too, MC decisions and requests in relation to its pending projects received low response after 26 councillors renounced the Congress and joined the PLC. The new development could help the MC top brass rule the roost again.”